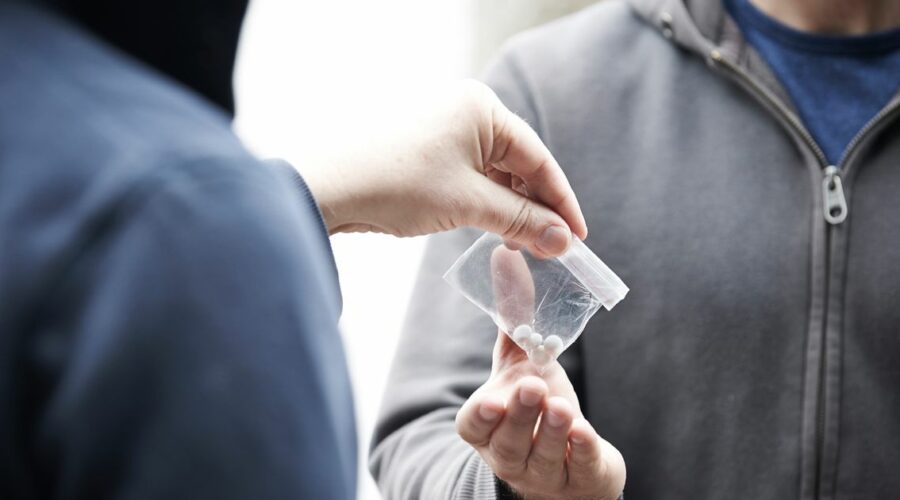 A top drug expert has revealed the secret text codewords used by organised crime bosses – and says emojis are preferred by street dealers.

He is now an independent drugs expert witness for defence and prosecution cases – and has been involved with the Encrochat bust, which saw hundreds of arrests made across Europe after police infiltrated the encrypted phone company last summer.

Speaking to VICE, he was asked what the smartest phrases used by dealers to disguise their deals from the authorities were.

He said: "Back in the 1990s, criminals used to ask if the 'donkey' [transport] would carry five 'loaves' [kilos] of 'brown bread' [heroin] to their mate – or who was 'babysitting the kids' [guarding large quantities of drugs] tonight.

"Language has evolved, but the principles are still the same, and these days I see 'youtes' [youngsters] talking about dropping off 'the p' [cash] and 'reloading' [collecting more drugs].

He added: "Over the last few years, we’ve seen a rise in the use of emojis, especially at the lower end of the supply chain. For example, it’s not difficult to work out what a horse emoji [ketamine], or the snowflake and nose emojis [cocaine] followed by '£100 a G', represents."

Mr Jones, who has given expert evidence for the National Crime Agency, Metropolitan Police and defendants, has looked at tens of thousands of the drug world's most intimate conversations.

On what he's learnt about crime bosses, he added: "Despite the huge sums of cash, firearms and illicit substances involved, most criminals are overwhelmingly ordinary in many ways – even those at the upper echelons of the supply chain have the same personal and family concerns as everyone else, from colicky babies to nosy neighbours and elderly parents.

"You find yourself relating to them when they’ve had a bad day on the school run."

He said they have additional stresses and live in paranoia due to constant risk of being jailed if their caught by the authorities.

Mr Jones said: "Traffickers and dealers became nervous during the lockdowns of 2020 and 2021 if they noticed an unfamiliar car with an adult male sitting alone, often fearing they were under police observation.

"There’s the opportunity to earn huge sums of cash, but I do wonder if it’s worth the worry. It’s a stressful lifestyle, and I know some have fallen into these roles by accident. Is the earning potential worth the paranoia?"

PC = Post code for location of transaction, be it drugs or cash

Token = Identifier between two unknown people directed to meet and hand over said drugs or cash; a serial number of a bank note is a common identifier

PW = Password, also used at the point of transaction

Pic = Sample or photograph of the commodity in question

Corner = Quarter of a kilo

Track = Tracking device within shipments of drugs, placed by the organiser