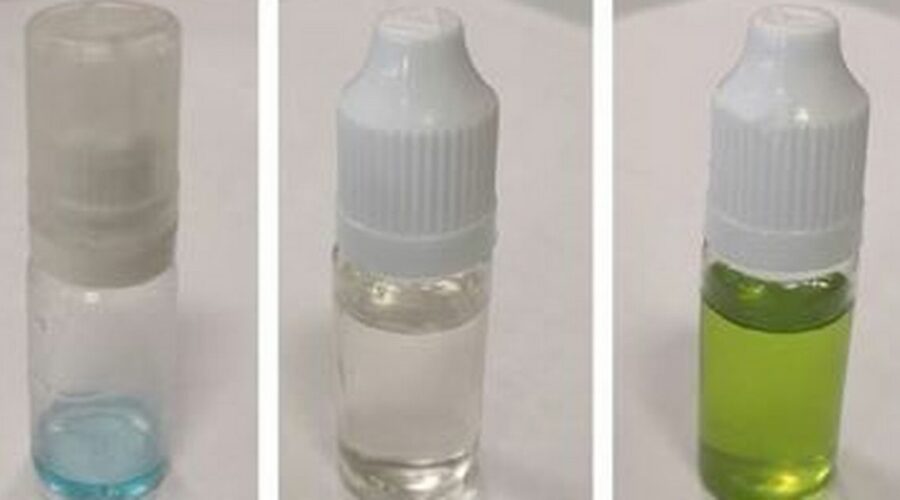 Kids were raced to hospital after vaping fake cannabis oil that turned out to be the perilous drug Spice.

Children as young as 12 have been targeted over messaging app Snapchat by dealers – and their dangerous product has left some youngsters collapsing in school.

The potentially deadly synthetic drug was disguised as 10ml bottles of THC e-liquids – which normally sell for up to £60 – and sold for just a tenner, reports Manchester Evening News.

In a new report on the issue, boffins from the Greater Manchester Testing and Research on Emergent and New Drugs found synthetic cannabinoids used to make Spice were present in the liquids.

One school in Rochdale had three pupils rushed in an ambulance to medics after collapsing from vaping what they thought was cannabis oil.

The headteacher of the school said: "We had to have them blue lighted to hospital at the time.

"When these kids were collapsing, I knew obviously something was wrong and I knew that they couldn’t just be taking something that they thought that they bought from a shop that's supposedly had cannabis in.”

A health service manager in Oldham claimed the problem was on the rise and added: "There has been an increase in referrals stating vape use.

"We have seen an increase in A&E attendances that states 'vape unknown substance' symptoms that suggest they have vaped Spice."

The availability and use of the cannabis vapes is expanding across Greater Manchester, the study warned.

A specialist nurse who works in the area told the report: "We have seen an increase in vapes in the last 12 months.

Stay up to date with all the latest news from the Daily Star by signing up to one of our newsletters here.

"Vapes containing THC, synthetic cannabinoids, CBD… the young people don't know or understand what is in them, but they have caused extreme intoxication or collapse.”

A spokesperson for Snap, the company which owns Snapchat, said: "Using Snapchat to buy or sell drugs is strictly against our rules.

"We actively look for and ban accounts and search terms associated with drug dealing and use industry leading technology to find drug content."