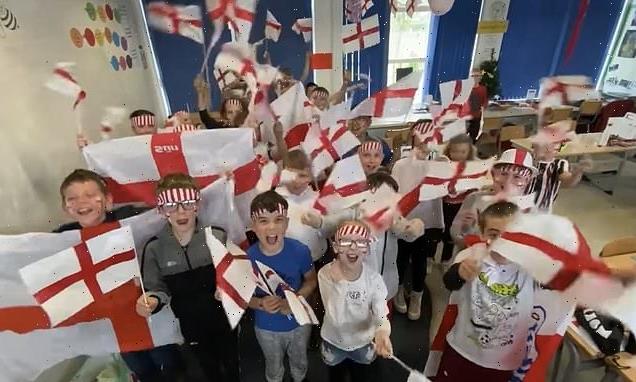 A primary school has been forced to delete its Twitter profile after their version of a popular football anthem made in support of Euros 2020 was attacked amid absurd claims of ‘mindless hooliganism’.

Flakefleet Primary School in Fleetwood, Lancs – whose pupils once reached the final of Britain’s Got Talent – recorded and filmed their own version of Fat Les’s chart hit Vindaloo.

In keeping with the original, which starred Lily Allen’s actor father Keith, the video shows crowds marching and jostling into people, itself a pastiche of The Verve’s Bittersweet Symphony promo.

But despite it being clearly good-natured fun Twitter’s woke brigade pounced on the harmless footage.

One troll branded the innocent children ‘a sea of aggressive white faces’ while another called it ‘disgusting behaviour’ and ‘mindless hooliganism’.

It led to the school – which promotes its social media on its website –  pulling down its Twitter feed.

Head teacher Dave McPartlin, unavailable for comment to MailOnline today due to a pupils trip to Alton Towers, appeared to reference the attacks.

He wrote online: ‘There are times that social media can be amazing and make such brilliant things happen, but it can also be a dark and disturbing place that really makes you question the direction society is heading.’ 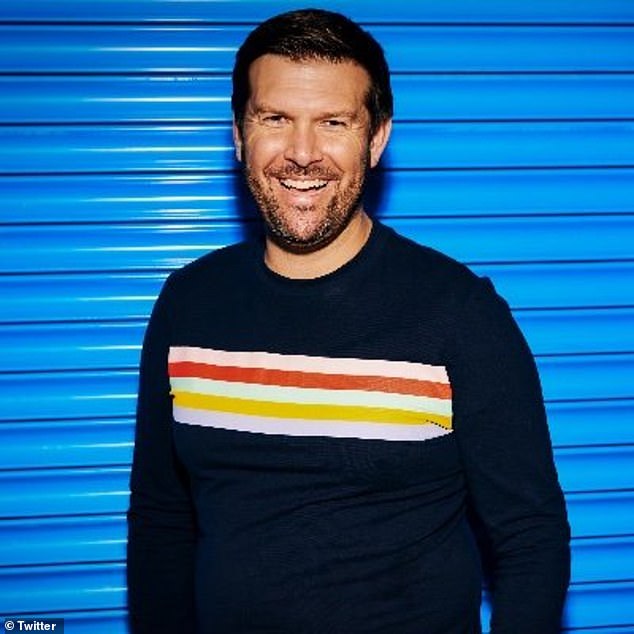 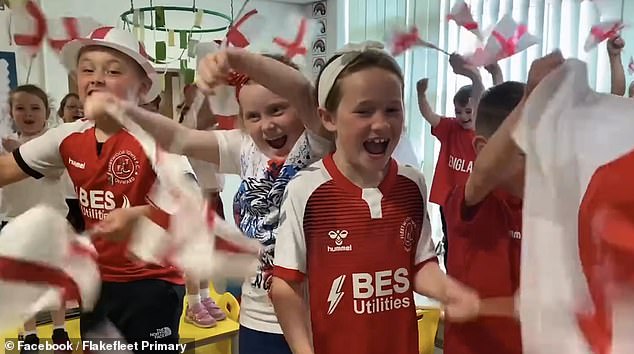 The school urged people to send in videos of them marching for the video back on June 29 to show support for the Euros.

Contributors were urged to email them in to the project, which they had dubbed ‘The Big Vindaloo’.

Weeks earlier a different video of them showing their support over the strains of Land of Hope and Glory went viral.

At the time Mr McPartlin said: ‘Things have been a bit serious over the last 12 months, because of the Covid lockdowns.

‘In school, we weren’t able to celebrate Christmas in the school like we usually do.

‘So this was just a chance for us to be a have a bit of fun and get everyone involved. 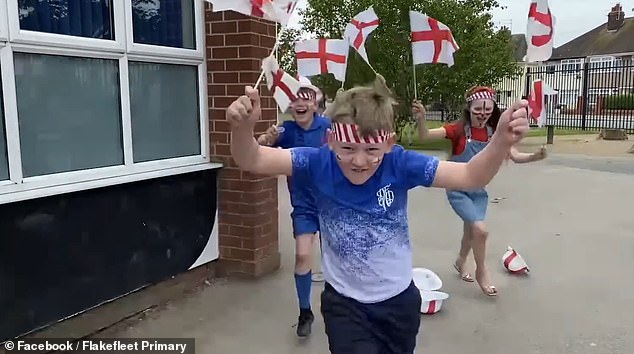 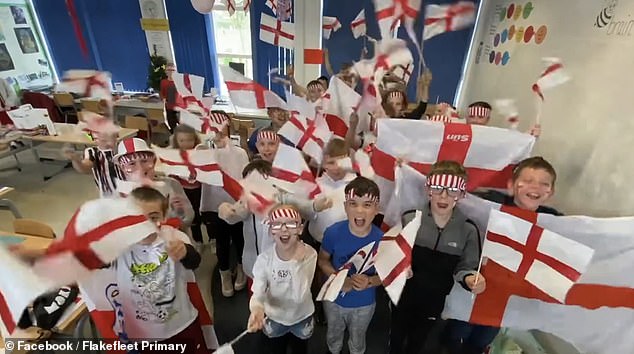 ‘We really did have a lot of of fun making this one and were able to lend a little bit of support to the England team at the same time.’

Their Vindaloo version had an even wider reach after it was featured on BBC Breakfast this morning.

The condemnation from some social media users are understood to have been the reason for them taking down their Twitter presence.

‘It’s disgusting behaviour these children are being pressed to participate in by the school. I have a 7 year old child.

‘I absolutely do not want her to be exposed to this mindless hooliganism.’

Another exclaimed:  ‘Very depressing. What does it even mean? Poor kids, already brainwashed. A sea of aggressive white faces… Is that global Britain? 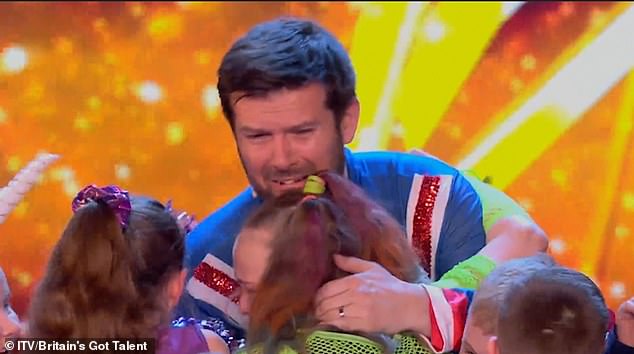 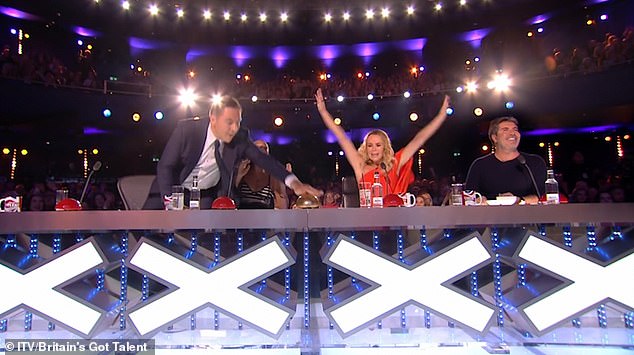 ‘Just check the amazing English team and learn from it.’

The school came to public attention back in 2019 when they flew through auditions performing ‘Don’t Stop Me Now’ by Queen.

As they progressed through the different rounds Amanda Holden told them: ‘You just bring so much happiness to us four, and the nation at large’.

Simon Cowell was similarly enthusiastic and told them: ‘it’s funny, it’s great, it’s optimistic – I think you have a chance of winning the whole show’.

But they only came sixth in the final after performing Take That’s Rule The World.

Flakefleet Primary School were unavailable for comment after being approached by MailOnline this morning.