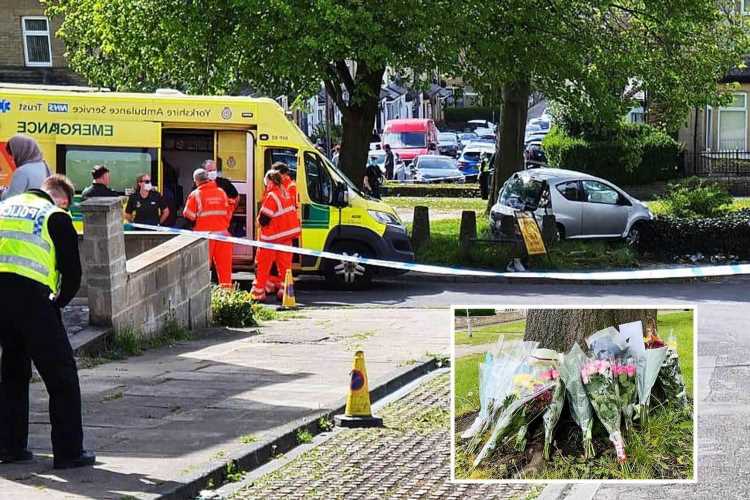 A SCHOOL called a mum-of-five as she lay dying after a hit-and-run crash to tell her she was late collecting her daughter.

Iram Shehzadi, 39, was killed after a car ploughed into her whileshe walked to pick up her youngest child from primary school in Barkerend, Bradford, on Monday. 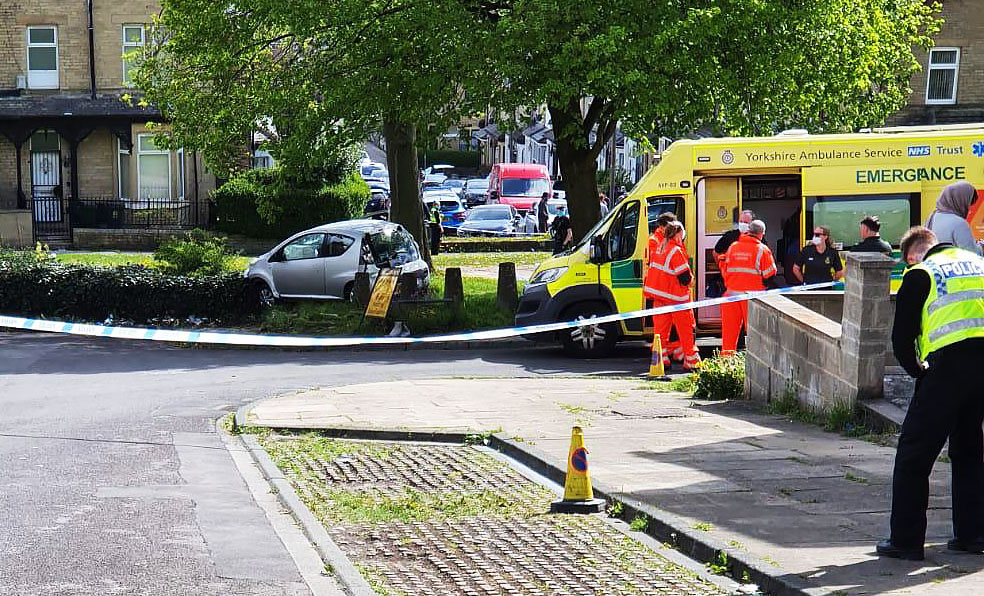 The collision took place less than 100 yards from her home when a grey Citroen C1 hit the "devoted" mother.

She was carried on the bonnet before the vehicle crashed into boulders beside a grassed area and she was catapulted 10ft, hitting a tree head-first.

The driver abandoned the car and fled on foot before being arrested a short time later.

As Mrs Shehzadi, 39, lay fatally injured the school phoned her mobile asking why she was late picking up her child.

She was pronounced dead at the scene around 3pm.

Local resident Uzmat Munir, 26, said: "I saw the lady laying face down on the grass next to the tree. The car was empty and smashed into the rocks.

“My neighbour called an ambulance and we tried to help the lady, but none of us knew CPR.

“A woman came before the ambulance arrived and turned her over and tried to revive her, but the poor lady was obviously dead.

"There was blood flowing from her mouth and a head wound – it was a bloodbath.

“The car had hit her, carried on the bonnet and after it hit the rocks, she had flown into the tree. " 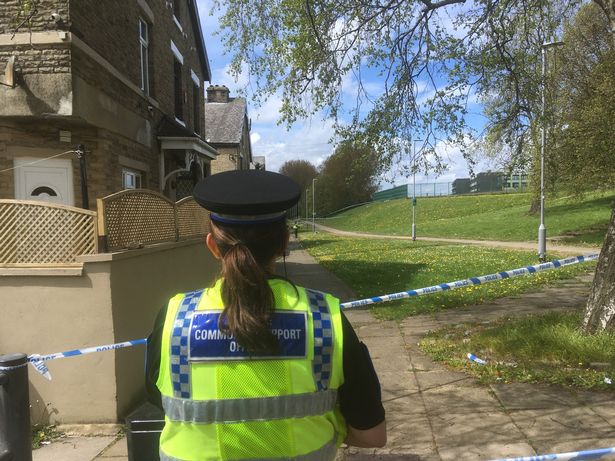 He added: "I heard that whilst the paramedics tried to resuscitate the woman, her mobile phone rang, and it was the school ringing to let her know she was late picking her kid up.”

A man, 41, was arrested on suspicion of causing death by dangerous driving and remains in custody.

Following further investigations, he has now also been arrested on suspicion of murder.

Floral tributes have been laid below the tree as family and friendspaid tribute to the "loving" mum.

The family are going to be traumatised, she did not deserve this at all

“She was a very good lady who always kept herself to herself. She has helped everybody out. She had a lot of respect from the area.

“The family are going to be traumatised, she did not deserve this at all.”

Another relative said: "I went to pay my respects to her husband yesterday and he is still in shock. He still thinks she is coming back, it hasn't sunk in yet.

"She was a beautiful kind loving soul who will always remain in our heart."

Next-door neighbour Rukhsana Kausar, 41, said: "She lived with her husband and five children and was devoted to her children.

“Iram had gone to pick up her young daughter, like she does every day at that time, and this terrible thing has happened.”

Authorities said rumours that the Citroen C1 was being chased by cops before it hit the woman are false.

Locals have expressed their shock on a bereavement service page on Facebook, with one woman describing Ms Shehzadi as "such a gentle soul".

West Yorkshire Police are continuing to investigate and appeal for witnesses.

Chief Inspector Daniel Ware said: “We are continuing to investigate this fatal collision and are supporting the victim’s family at what is clearly a devastating time for them.

“I want to thank residents and witnesses who have come forward with information to support the police investigation, and continue to urge witnesses who we may not have spoken with to contact us.

“Anyone who can assist our enquiries with information and dashcam or CCTV/phone footage is asked to contact West Yorkshire Police via 101 or online using www.westyorkshire.police.uk/101livechat  quoting log 1040 of 10/05.”