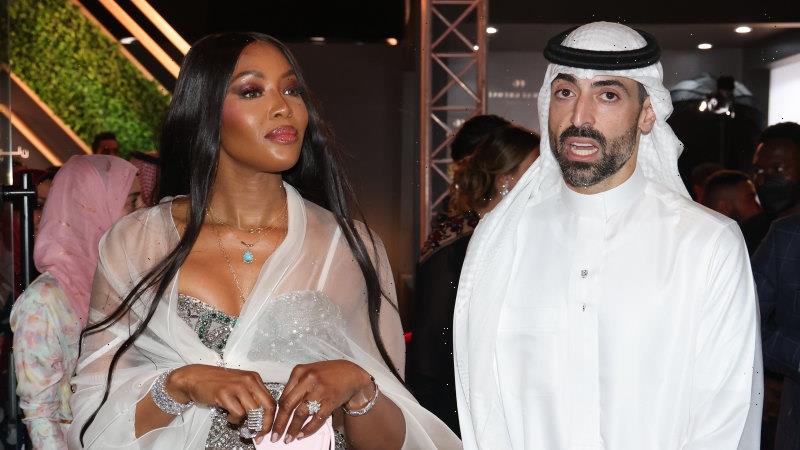 Jeddah, Saudi Arabia: “This could never have happened two years ago,” was the constant refrain at the Red Sea Film Festival, held this month in Jeddah, Saudi Arabia. That was certainly true. A 35-year ban on cinema was lifted only in 2018. Earlier this year, the kingdom had its first music festival. Parties at the festival involved DJs, enthusiastic dancing and respectable but unembarrassed mingling of the sexes. The festival’s slogan was “Waves of change”, a theme taken up in conversations with you ng Saudis. “We have so much catching-up to do,” is another line that brings instant consensus. 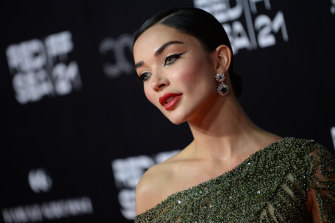 The festival was a big deal. It took over the centre of the city, with two new multiplexes in temporary buildings and a spectacular auditorium for gala screenings on the edge of the old town, 138 features and 1500 guests, including international press, flown in from around the world. This was in the face of opposition from human rights organisations and opponents of the regime, who described the festival – and the Formula One grand prix that took place in Jeddah only a day earlier – as attempts to whitewash the Kingdom’s record on human rights. 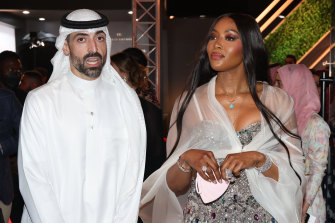 “International films are used as a cover for a sinister scenario of detentions, beheadings and murder by a regime that is desperate to break its isolation,” Madawi Al-Rasheed, a professor at London School of Economics and prominent critic of the Saudi government, told the Observer. When the festival was announced, Oscar-nominated film director Sami Khan urged his colleagues to stay away, but there were several internationally famous faces on the red carpet: Catherine Deneuve, Clive Owen, Hilary Swank and Anthony Mackie, who is currently shooting a blockbuster at the Kingdom’s new film studios.

The studios are part of Neom, a new city-state in the north of the country that is touted as a new global hub of industrial innovation in manufacturing, transport, media and health. Around 2000 people are living there now, with two million expected by 2030 in an area the size of Belgium, most of which will be maintained in its natural state. 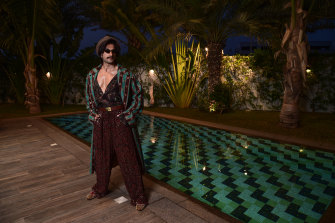 “We will be a semi-autonomous state within the Kingdom, with our own government and laws and regulatory framework,” says Wayne Laub, an Australian who has worked for most of the major film studios and is now managing director of media, entertainment, culture and fashion industries for Neom. “Where this is resonating for potential residents and industries is that nowhere else can industries test at scale their new technologies in a real-world environment … We’ll be the first cognitive city in the world because of this ability to wire up which is something existing environments have struggled to do.” 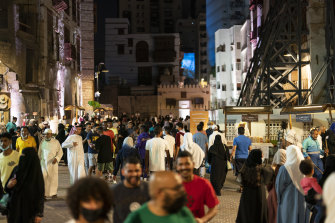 Attendees on the streets during the Red Sea International Film Festival on December 14, 2021 in Jeddah, Saudi Arabia.Credit:Getty Images

Neom is one of the more startling initiatives, directly sponsored by de facto ruler Crown Prince Mohamed bin Salman, intended to switch the Saudi economy away from oil. Neighbouring state United Arab Emirates has successfully turned Dubai into a destination for tourists and foreign residents craving sun, sand, shopping and dazzling opulence. Saudi Arabia has a blanket ban on alcohol – although rumours circulate that this rule will be modified soon, at least for visitors – and no beach culture. Even hotel swimming pools excluded women until very recently; while the rules on female dress are visibly in flux, most Saudi women are still fully veiled in public and the official advice to tourists is to cover everything below the chin. 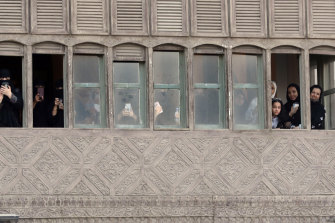 Saudi visitors film movie stars on the red carpet during the closing ceremony of the Red Sea International Film Festival.Credit:AP

None of this works for tourism, even the relatively sedate tours of antiquities and desert splendours now being tentatively promoted in the West. Nor do medieval social mores square with the projections of Saudi Arabia as a combination of Silicon Valley, Hollywood and the Matrix. Saudi Arabia is a country of young people: 60 per cent of people across the region are under 30 and, thanks to oil money, the upper echelons are strikingly well-educated. Despite the official instructions, the current fashion among young people in Jeddah is to wear the abaya open, like an academic gown, over clothes that might include tight jeans or a T-shirt. Nobody says anything; the religious police, once all-powerful, have lost their teeth. And while the changes may be only a few years or a few months old, the general consensus is that they could never be unwound now.

There is also a sense that these changes – and many more – were waiting to happen, just below the surface piety. During the festival, a friend went to a party in a villa with its own disco floor that was run as a private club. There was Scotch and vodka on every table, a couple of drag queens in attendance and a cloakroom where female guests dropped their abayas to emerge in outfits revealing by anyone’s standards. There are reports of a thriving gay scene; there was even a film at the festival with a lesbian theme and a local audience to match. 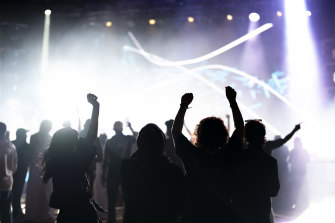 But change can only come from the top. Reforms handed down by the House of Saud since 2018, including permitting women to drive and allowing them to take jobs, obtain passports and move around the country without male guardians, have made the Crown Prince so personally popular – especially with grateful women, many of whom have his picture on their phones – that his position is now unassailable.

Meanwhile, feminists who campaigned for exactly these reforms were imprisoned under laws against terrorism; leading campaigner for women’s right to drive Loujain al-Hathloul was released only in February on probation after three years in prison, including alleged torture, while the murder of journalist Jamal Khashoggi has been shored home directly to the Crown Prince by a United States intelligence services’ report. Whatever soft power film confers, Saudi Arabia still has a lot of catching-up to do.

Stephanie Bunbury travelled to Jeddah as a guest of the Red Sea International Film Festival.

27/12/2021 World News Comments Off on Saudi Arabia is soaking up the spotlight but are new freedoms a whitewash?
Markets