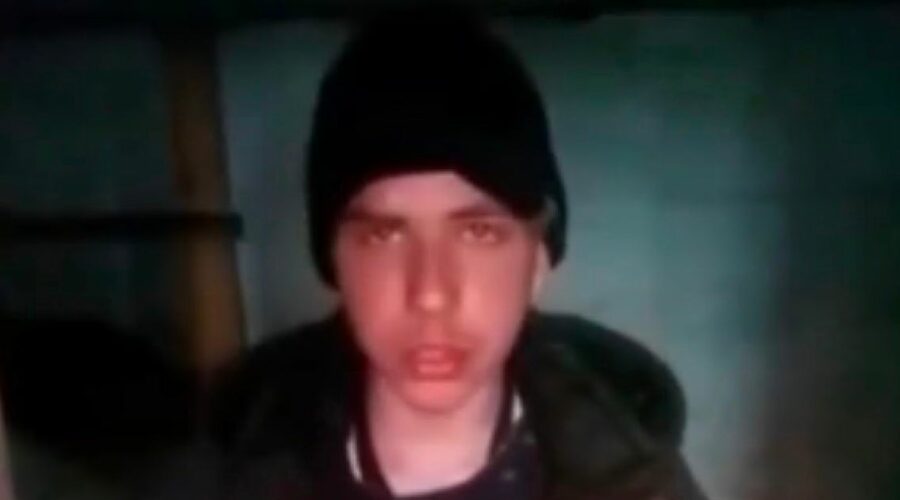 Russian troops have been compared to "ISIS militants" after they allegedly threatened to kill a Ukrainian volunteer if his mum didn't fork out a £4,200 ransom.

A chilling video of the captive, who identifies himself as Novikov Alexey Antonovich, was shared on Twitter by Mykhailo Podolyak, an advisor to Ukrainian President Volodymyr Zelenskyy.

The clip appears to show Russian soldiers quizzing Novikov on who he is, where he's from, how he ended up where he is and how he's being treated by his captors.

Mykhailo wrote alongside the footage: "This video was sent by [Russian] soldiers to a mother of [a Ukrainian] captive.

"They demand €5,000 and threat[en] that the next video she gets will be her son’s execution.

"[Russia] must be recognized as a terrorist-state."

During his interrogation, a nervous Novikov explains that he was captured by Russian soldiers last Saturday (April 23).

When asked "Who are you?", he replies: "I am a soldier of the 109th brigade of the territorial defence of the Donetsk region."

Donetsk is one of the two Russian-backed separatist regions in eastern Ukraine, officially recognised as an independent state by Russian President Vladimir Putin just three days before he announced his "special military operation".

It is also where the port city of Mariupol is located, which has been under siege and heavy bombardment from Russian forces since the start of the conflict.

Novikov goes on to explain that he was called up to the defence of Mariupol.

He is then asked "Were you a volunteer", to which he replies: "Yes."

When asked about how he is being treated he says: "Okay. I have food here, water, a toilet."

In an unsettling end to the video, the Russian soldiers ask Novikov if he is being beaten before immediately correcting themselves and adding: "Well, except this time."

"Except this time, no," is his pained response.