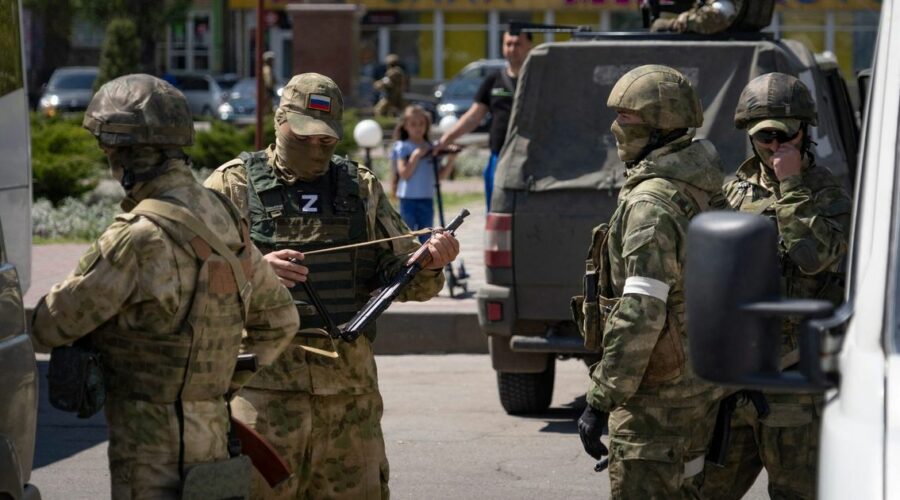 Russian soldiers are taking "execution lists" into Ukraine with the names of civilians they plan to hunt down and kill, according to two Ukrainian sisters.

Maria and Anna, 48 and 52, were forced to flee after Vladimir Putin's invading forces raided their hometown of Enerhodar in the southeast of the country.

The pair had both spent years as volunteers, helping to supply Ukrainian forces fighting on the eastern front before Putin launched his "special military operation" in February.

Speaking to the Kyiv Independent, they explained how they went into hiding when Russian forces began attacking the Zaporizhzhia nuclear power plant – Europe’s largest nuclear power facility – which they could see from their house.

Russia captured the facility early in March, leading to fears of a nuclear disaster worse than the Chernobyl explosion.

Weeks after they decided to hide, the sisters say a friend told them they were on a Russian list of wanted residents.

“These are the execution lists,” Maria said.

They said that people in Enerhodar, especially those with military backgrounds, started to disappear. Friends started to bring the sisters food as they were terrified to step foot outside of where they were hiding.

Maria said: “It was really hard to live there.”

Later on in March, the Kyiv Independent reports that Enerhodar’s first deputy mayor, Ivan Samoidiuk, was kidnapped by Russian soldiers.

Despite holding out hope that the Ukrainian military would liberate their hometown, the sisters made the daring decision to try and flee to the Ukrainian-controlled city of Zaporizhzhia to the northwest.

Maria said the Russians near Enerhodar were aggressive, many drunk, and would often loot Ukrainians at checkpoints.

It took them nine hours to reach the safety of Zaporizhzhia, a trip which typically takes two hours. They got there despite Russian forces checking through their phones.