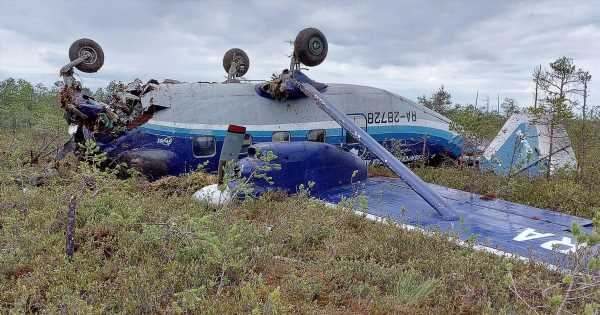 A Russian Antonov An-28 passenger aircraft that was reported missing in Siberia outside the city of Tomsk earlier has been found after it made a 'hard landing', according to a report from official state media.

While early reports say that at least some of the three crew and 16 passengers who were on board the plane, there is as yet no definitive statement on the condition of the survivors, according to Reuters.

However Russian news site Sputnik News and the RIA news agency said that all passengers were safely accounted for.

“The aircraft disappeared from radar in the Bakcharsky district, an emergency services source told reporters. "Its emergency locator beacon went off".

The source added that there were 19 people on board, including four children and three crew members.

For breaking news and other incredible stories from the Daily Star make sure you sign up to one of our newsletters here.

The RIA news service reports that the missing plane was found by a helicopter at around 2:36 pm Moscow time. Additional helicopters have now been dispatched to the crash site to evacuate the survivors.

The local authorities have reportedly already launched a criminal investigation into what they are calling a "breach of air traffic safety regulations and aircraft operation".

The incident comes less than a fortnight after a similar aircraft carrying 28 people crashed in eastern Russia.

An Antonov An-26 twin-engine turboprop making a scheduled passenger flight from Petropavlovsk-Kamchatsky to Palana suddenly dropped off flight control radar on July 6.

The aircraft was on final approach for landing when contact was lost, but it was some hours before its shattered wreckage was found in a remote coastal area: all 28 aboard lost their lives.

The An-28 was introduced in the late 1960s and has been used by the Georgian and Tanzanian military as well as a number of airlines.

The plane has a comparatively good safety record, but the seven reported incidents involving fatalities have all occurred in the years between 2001 and 2012.