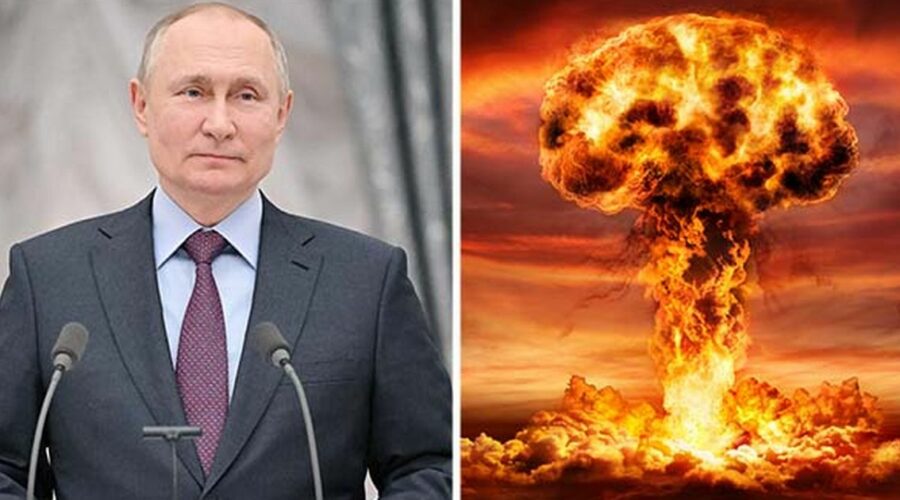 Britain's hotspots for nuclear bomb drops from Russia's military have been mapped out, with 38 towns and cities feared to be most at risk from a potential strike.

Tensions between Britain and Russia have escalated exponentially after Vladimir Putin's government invaded Ukraine in the early hours of Thursday morning (February 24).

Russian forces administered missile strikes and lined troops along the north, east and southern borders of Ukraine with an attack that was denounced by Prime Minister Boris Johnson.

Relations between Russia and Britain have likely reached a new low, and a map of the likely targets of a Russian nuclear bombing campaign has been revealed. Defence officials in the government compiled a list of 106 locations they thought Russia would be ready to strike, marking those areas as "probable nuclear targets".

The plans were signed by the Prime Minister's office under Edward Heath, and chilling notes at the time believed Russia would attack in a "general war".

The declassified documents held by the National Archives showed government predictions of up to 150 nuclear missiles and an unknown number of nuclear launches from submarines hitting the UK, and the hotspots they were set to target. These Cold War simulations are likely to have changed since the days of Edward Heath, but the initial targets show the tension between the two countries has lasted decades.

Russia has a reported 6,200 nuclear weapons stockpile, with the biggest nuke the country has tested so far the massive Tsar Bomba.

Just one nuclear bomb dropped on London would wipe out nearly six million people, and the fallout from the blast would engulf Reading, Bedford, Southend and stretch as far as Brighton.

The Tsar Bomba, when tested, used only half of the 100 megatons of TNT usually prepared for its launch.

Meanwhile, this prototype map shows how much of the UK would be destroyed if a nuclear bomb was dropped on London.