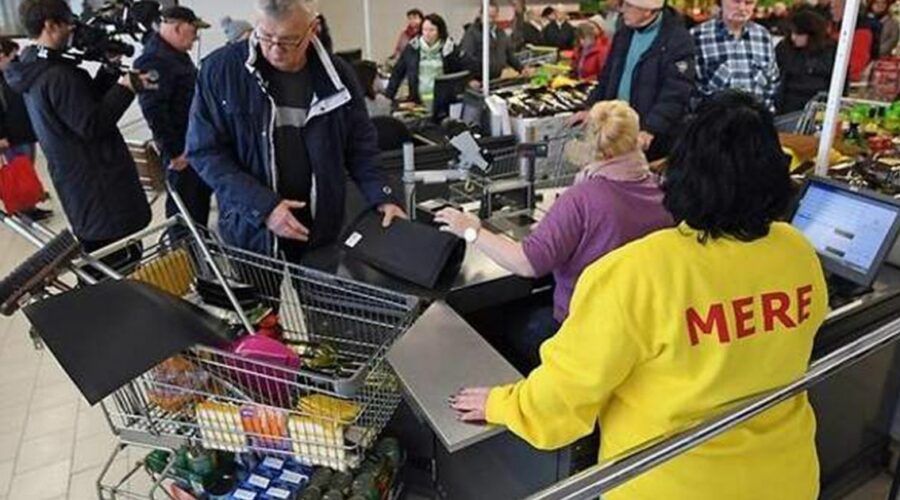 A Russian food retailer has announced that it plans to take over the UK by opening over 300 stores in the next 10 years and claims to be cheaper than Aldi and Lidl.

Mere was launched in 2008 with its original name 'Svetofor' in Serbia. Since its debut, it has expanded across the globe and now operates in countries as close as Spain and Italy.

It was announced earlier this year that it now plans to conquer the UK.

Pavels Antonovs, Head of Buying at Mere UK, previously said: "We are the gap in the market. We don’t have any competitors.

"Our model is no service and no marketing.

"Some will understand us, some won’t. There are already around 30 businesses that will fill 70% of our shops.

"I have just now met with a manufacturer with a turnover of £150 billion and we signed for eight SKUs."

Every branch of Mere works on a low-cost model and only employs eight staff members.

All suppliers deliver goods straight to the branches which eliminates the cost of keeping products in a different location.

Mere has compared itself to Costco without the membership fee required to shop with them.

It has now been announced by the Russian company that they will only be opening a store where there is no pre-existing discounted food shop.

But The Grocer says that there are very few places in the UK where a budget supermarket isn't already established.

This is likely due to the roaring success of Lidl and Aldi over the past few years with both supermarket giants opening stores in nearly every town in the country.

If Mere does decide to open near their rivals they will have more than 250 different locations to choose from.

And with plans to open more than 300 stores within the next ten years, it's likely that Mere will be situated in most of these locations.

The first Mere store is due to open in Preston's Ribblelton next month.

There are also plans for branches to soon open in North Wales, South Wales, and West Yorkshire.