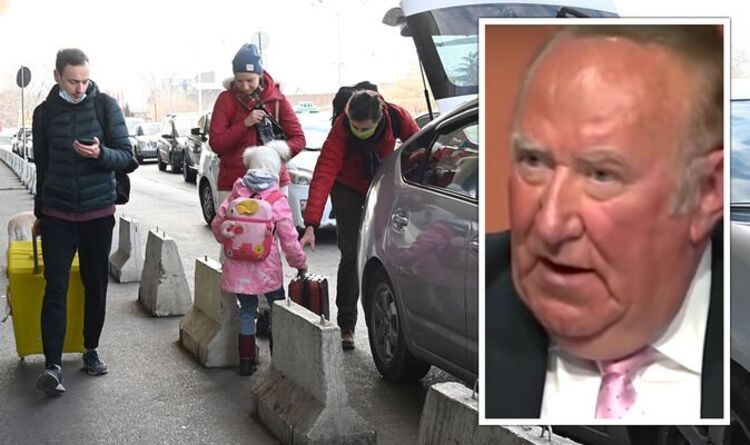 Zelensky urges Russians to speak out against Putin

Armenia, Georgia and Turkey are some of the countries that have welcomed tens of thousands of Russians fleeing their home country since the invasion of Ukraine began last month.

One user, ladfaethescheme, commented: “I’ve had a Russian family of 4 in my apartment in Antalya, Turkey en route to Canada. Currently have 4 young Russian IT workers. Planning to settle in Antalya. The area is full of both Russian and Ukrainians.”

Another said: “There are also a lot of Russian expats in multinationals coming to the end of their 3/5 year contracts begging employers for renewed expat roles even if it means accepting a lower grade role & pay cut.”

Some questioned whether they were fleeing because of the economic and political consequences of Western sanctions imposed on Russia.

YachtNinky wrote: “Don’t think they’re fleeing ‘tyranny’ which is really no different than it has been for a long time. It’s more sanctions, reduced ability to travel and in some cases fear of getting drafted.”

Earlier this month, one prominent economist estimated that at least 200,000 Russians had fled by the second week of March.

Georgia alone has reportedly taken in as many as 30,000 Russian refugees.

Just weeks into the invasion, Andrei Kolesnikov, a senior fellow at the Carnegie Endowment, said it was expected that the country would see an exodus of its “quality working force” who will sense there is “no future” for them in Russia.

He said: “This exodus will mean the degradation of the nation. The country doesn’t have a very large pool of talented people. Without them, Russia can’t develop itself”.

There have also been reports that Telegram channels have been set up in which worried Russians are discussing ways to leave the country.

Russian refugees have cited the economic situation and rumours about martial law and the borders being closed as some of the reasons to escape the country.

The last independent news organisations were also closed shortly after the invasion began on February 24, since Russia has put a block on Instagram, Twitter and Facebook.

Young professionals appear to be the most likely to question Putin’s regime and want out of the country.

Kolesnikov said: “In broad terms, younger Russians are less likely to have anti-Ukrainian sentiments. We have seen that the anti-war protests have also largely involved younger people”.

He said those that get their news from television, which he says “older people tend to watch more TV”, are more likely to believe propaganda.

Kolesnikov said it is unsurprising the war had created tensions, particularly generational, between families and friends.

Earlier this month, he said: “We see that a majority of Russians appear to support the country’s actions, at least the way these actions are presented to them by the media.

“It is very hard for people to accept that their side are actually the bad guys.”