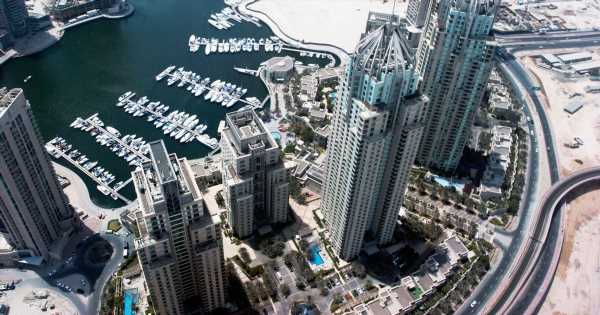 Russian billionaires are paying thousands of pounds to wait out the war in Dubai as their leader continues to cause bloodshed in devastated Ukraine.

The United Arab Emirates (UAE) has been one of the few countries to stay impartial over Putin's actions and have welcomed couples to sit out the invasion in luxury.

Many Russians have had to take the brunt off their impulsive president and have been hit by Western sanctions, and it has been no exception for the wealthy.

Anastasia, who recently moved from Moscow to Dubai with her businessman husband, explained that "life is good" since relocating to the Middle East.

They are hoping to see out the war in one of the city's most exclusive locations at the Bulgari residences, where rentals average to around £300,000 a year, reports The Telegraph.

“There are so many Russians here that it feels like home,” she said.

Meanwhile, billionaire and Chelsea FC owner, Roman Abramovich has recently been spotted house hunting on Dubai’s Palm Jumeirah – which offers five-bed apartments for up to £8 million.

As Russians flock to Dubai, superyachts have also been seen arriving into berth such as the Madame Gu, which belongs to "Putin’s favourite industrialist” Oleg Deripaska.

The boat is worth £121m and has been added to the record of UK-sanctioned oligarchs.

And it isn't just Russians who have escaped to Dubai but also Ukrainians, as billionaire Kostyantin Zhevago docked at the Bulgari yacht club this week.

A string of private jets have also been spotted on the city's runways as unlike some western locations, Dubai hasn't prohibited air traffic.

British estate agent Alan Kaye, who is based in Dubai, says enquiries from Russians are increasing, with many opting to “rent high-end property for a few months while they see what’s happening”.

29/03/2022 World News Comments Off on Russian billionaires paying £300,000 to wait out Ukraine war in luxury in Dubai
Markets