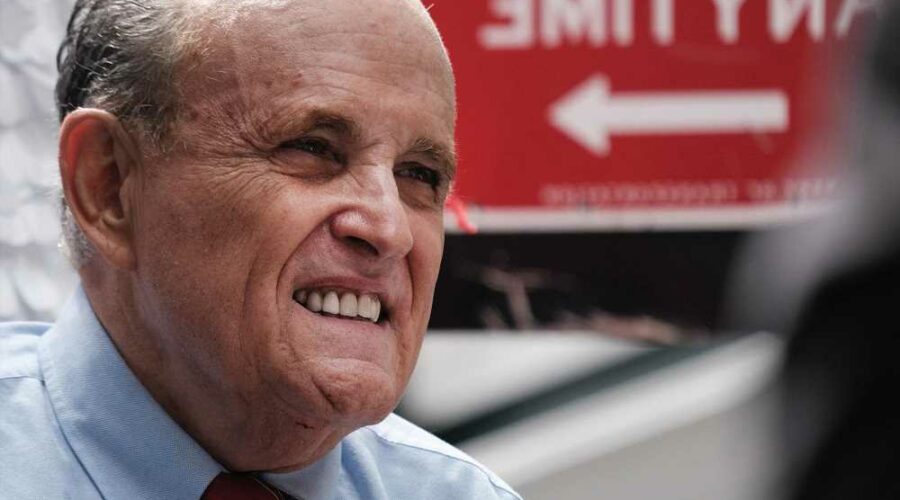 Giuliani rips Biden for ‘caving into Iran’ over nuclear deal

Giuliani endorses Sliwa for mayor in robocall to GOP voters

Rudy Giuliani’s law license was suspended by the New York Supreme Court on Thursday for making false statements related to voter fraud in the 2020 presidential election, according to court papers.

The court ruled there is “uncontroverted evidence” Giuliani made false statements while he was acting as legal counsel for former President Donald Trump.

“These false statements were made to improperly bolster respondent’s narrative that due to widespread voter fraud, victory in the 2020 United States presidential election was stolen from his client,” the ruling states.

“We conclude that respondent’s conduct immediately threatens the public interest and warrants interim suspension from the practice of law, pending further proceedings before the Attorney Grievance Committee,” the five-judge panel says.

Giuliani made a number of allegations about voter fraud after Trump lost the presidential election to Joe Biden, including at a hastily called news conference at a landscaping company in northeast Philadelphia.

He repeated the claims, as did Trump, until the Jan. 6 Capitol riot, when throngs of Trump supporters — many of whom believed the election had been stolen from the former president — stormed the government building in an attempt to overturn the results.

The ruling that suspended his license was handed down by a five-judge panel by the New York State Supreme Court’s appellate division, First Judicial Department and entered on Thursday.