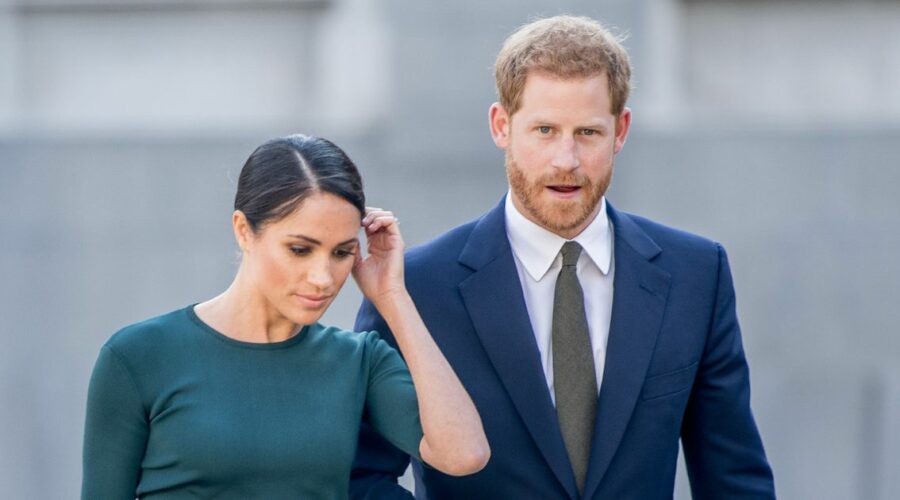 The Royal Family is at risk of causing a 'firestorm' if they ignore Meghan Markle and Prince Harry's baby daughter Lilibet, a royal commentator has warned.

Daniela Elser has claimed The Firm not acknowledging Lilibet in the line of succession could lead to a "tech-related disaster".

The Royal Family's website includes an array of information for fans across the world to keep up to date with the House of Windsor, from the latest Sovereign Grant funds to who is next in line to the throne.

However, the site has not been updated to reflect Lilibet in the line of succession, despite her being born six weeks ago.

Writing in the NZHerald, she said: "The Lili omission has the potential to set off a fresh Sussex-related firestorm thanks to the question mark over whether their children, the only children in the royal family who have a bi-racial parent, are being treated differently to other Windsor kidlets."

Ms Elser states that when Prince Louis – second son of Prince William and Kate Middleton – was born, the website was updated 12 days after his arrival.

And when Archie was born in 2019, the site was changed to add him to the succession page after only 15 days.

For Princess Eugenie, who welcomed her son August Philip Brooksbank in February this year, the website wasn't amended for 61 days. Although Ms Elser argues that as he is 11th place in line to the throne, and lower down, it wasn't as imperative.

The royal expert warns: "One spark, one instance of her being ostensibly cold-shouldered by the palace and the entire Sussex PR tinderbox could go up in flames again."

Earlier this year, the Duke and Duchess of Sussex sat down with Oprah Winfrey in a tell-all interview about why they stepped down as senior members of the Royal Family.

During the bombshell chat, they alleged that members of the royal household had made racist remarks regarding their son, Archie, and his skin colour before he was born.

Following the claims, Buckingham Palace released a statement saying matters would be dealt with 'as a family'.

Days after the interview aired in the UK, Prince William also told reporters at an event that the Royal Family 'were very much not racist'.

For the latest news and breaking stories from the Royal Family, sign up to the Daily Star newsletter here.