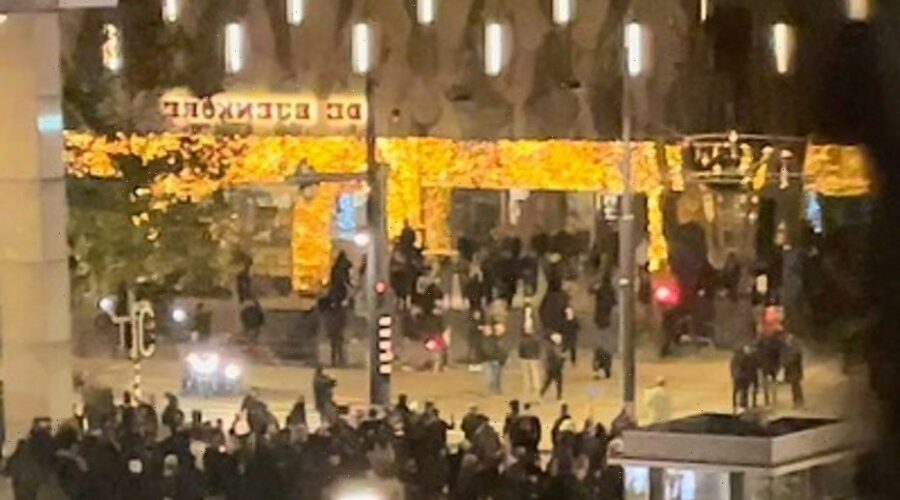 Police in the Dutch city of Rotterdam clashed with protesters Friday and fired warning shots as riots erupted over an effort to push new COVID-19 measures, authorities said Friday. At least seven people were injured.

“A demonstration on the Coolsingel resulted in riots. Fires have been set in various places, fireworks are set off and the police have fired several (warning) shots,” the National Police Corps tweeted.

Dozens of arrests have been made, police said. The agency said a large number of police were present in the area, and units have been redeployed from all over the country to help restore order. Seven people were injured, including police officers, authorities said.

Two train stations were closed and a water launcher was being used, authorities said. Several warning shots were fired, and the situation became so dangerous, police said, that officers fired at a moment’s notice.

An emergency order remains in effect, and residents were told to stay away from the area around Coolsingel, one of the city’s most popular streets. The riots came amid a new government effort to stem the uptick in COVID-19 infections. 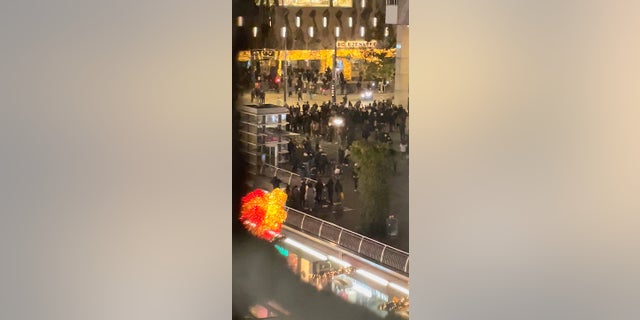 Protesters are seen during demonstrations against coronavirus disease (COVID-19) measures which turned violent in Rotterdam, Netherlands, on Friday in this still image obtained from video provided on social media. (REUTERS)

The government has said it wants to introduce a law that would allow businesses to restrict the country’s coronavirus pass system to only people who are fully vaccinated or have recovered from COVID-19. That would exclude people who test negative.

The country has seen a string of record numbers of infections in recent days, and a new partial lockdown came into force a week ago. 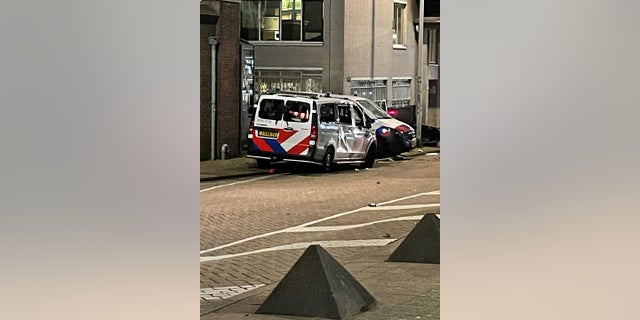 In January, rioting broke out in Rotterdam and other Dutch cities after the government announced a curfew in an attempt to rein in soaring coronavirus infections.

Earlier Friday, the government banned Dec. 31 fireworks for the second straight year. The ban is intended “to prevent, as much as possible, extra strain on health care, law enforcement and first responders,” the government said Friday.