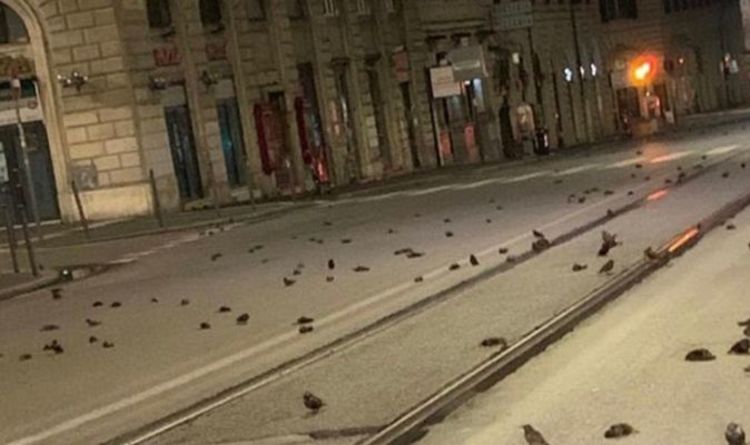 Rome locals living near Italy’s capital Termini train station were left baffled after hundreds of birds were found dead on the street on New Year’s Day. Footage shared online shows the bodies of the dead birds littering the empty streets, with the author of one of the videos, Diego Fenicchia, commenting: “Hundreds of dead birds. Hundreds of dead birds in Via Cavour. So shocking, so sad. I’ve already run out of any joy.” A person travelling with Mr Fenicchia as he filmed the footage could be heard saying: “They were scared to death.”

Additional videos shared on Twitter showed flocks of birds trying to escape the booming sound of fireworks but getting caught in high-tension cables.

The Lega Italiana Protezione Uccelli (Italian Bird Protection League) suggested the birds crashed into each other as they fled to safety.

A spokesman for the association said: “They clashed with each other out of fear and disorientation due to the explosions of fireworks.

“There are few survivors, unfortunately. The technique of explosions to disorient is often used, especially by poachers.’

LATEST: Birds face apocalypse as breeding numbers plunge by 38 million in past 50 years 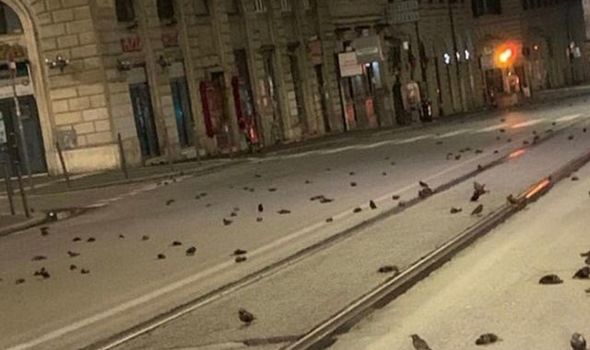 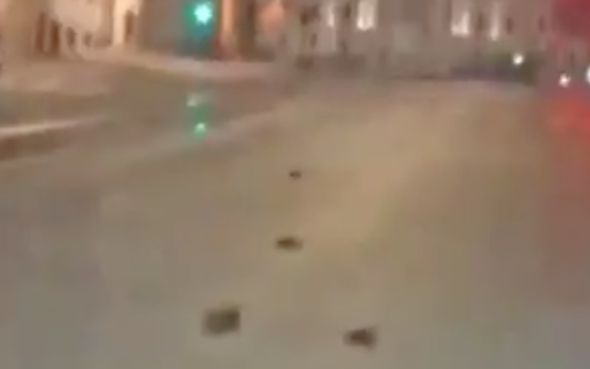 He continued: “The birds sleep in the trees and, at the first suspicious noises, they get agitated. Fear causes them to lose focus and this leads them to hit each other or the wall.

“When we were contacted at 2 am there was already little to do. We were told that via Cavour was full of dead birds, but I believe it will be the same in other areas.”

Firework experts however denied the pyrotechnics had anything to do with the dead birds found in Rome.

Nobile Viviano, the chair of the National Pyrotechnics Association (Asspi), insisted there is no scientific basis to justify the claims fireworks caused the flock of birds to collapse on the street. 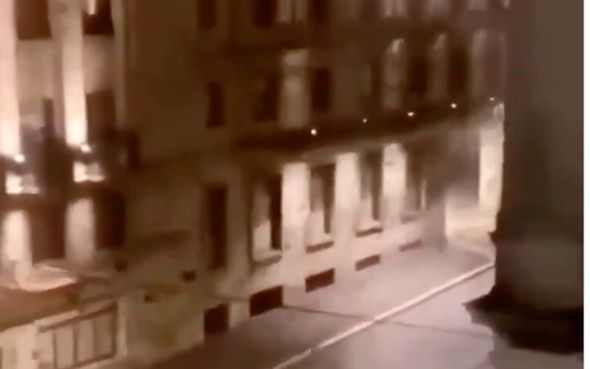 Mr Viviano said: “The death of the birds can in no way be linked with fireworks because there is no scientific evidence.

“Legal fireworks have a European certification that imposes a noise level of fewer than 120 decibels.

“Our products all meet strict requirements imposed by Europe for the respect of the consumer, the environment and animals, which is different from illegal explosives that they represent a danger for humans and animals “.

Despite the rebuttal, the Anti vivisection League announced they will be lodging a complaint with Rome’s Prosecutor Office in the coming days to push for a full investigation on the accident. 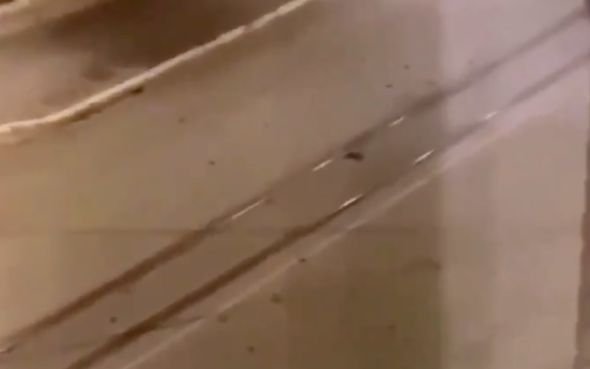 The league will also be calling on the Italian Senate to include a nation-wide ban on fireworks as part of its new animal protection law.

Spokesman Davide Nicoli said: “For four years we have been waiting for the new municipal animal rights regulation which could and should ban pyrotechnics 365 days a year.”

Italy has been struggling with illegal fireworks for decades, and officials struggle each year to confiscate homemade explosives ahead of New Year’s celebrations.

A 13-year-old died in Asti, Piedmont, on January 1 after he was hit with a firecracker in the chest.

And a 54-year-old man lost two fingers and suffered chest trauma after exploding a large firecracker near Milan.