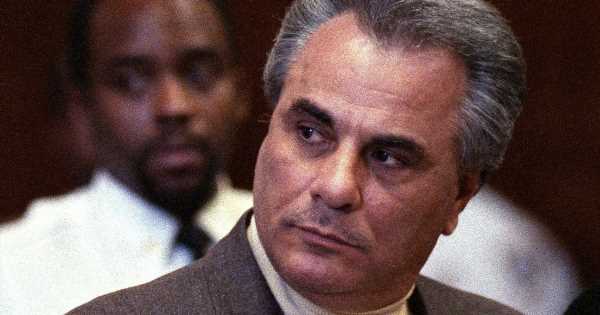 The life of John Gotti was a tale of two people as the mastermind New York mobster played on a public persona for the camera when he was secretly a tyrant in private.

Gotti, who was nicknamed the “Dapper Don” due to his style, was described as the first “media don” as he portrayed a friendly manner to the public and cameras.

However, according to testimony from former mobsters who helped finally put him behind bars, Gotti was a trigger happy tyrant.

Gotti’s flashy mentality also drew him resentment and hospitality from other crime families in the area as he regularly posed for newspaper photographs like he was a celebrity.

He assumed command of the Gambino family after previous boss Paul Castellano was killed, which Gotti was linked to.

Gotti took hold of the family when it had 23 active crews, about 300 members and more than 2,000 associates with an estimated $500 million a year made, according to website Biography.

He ran the Gambino crime family during the late 1980s to the early 1990s and was dubbed "Teflon Don" due to charges never sticking until his world came crashing down with an FBI investigation.

The audio tapes were ultimately what led to Gotti’s downfall with the evidence the FBI had on him, which included wiretaps of the Ravenite Social Club he regularly visited, being very incriminating.

It also showed Gotti in a different light to what the public saw with one tape revealing a threat to one of his members for not returning his calls.

The tapes also revealed numerous murders or threats, including displaying his short temper after he ordered a man’s death just for missing an appointment with him.

Gotti was recording saying: "Know why he's dying? He's gonna die because he refused to come in when I called.

"He didn't do nothing else wrong."

Gravano would later defect to become a government witness against Gotti and testified he and Gotti watched the shooting of Castellano from a parked car after the Dapper Don ordered the hit.

Keep up to date with all the latest news stories. by signing up for one of Daily Star's free newsletters here.

Gotti was eventually charged with racketeering and five murders, including the murder of his previous boss, Castellano, whose murder was said to have been unsanctioned by other crime families.

He was also hit with charges for conspiracy to murder, illegal gambling, loan sharking, bribery, obstruction of justice and tax evasion.

Gotti never believed he would be jailed for his crimes but was sentenced to life in jail in 1992.

He spent his later life in jail before cancer claimed his life in 2002 at the age of 2002.

Many books, TV shows and movies, including one starring John Travolta, have been made about Gotti’s life and the tapes in general.