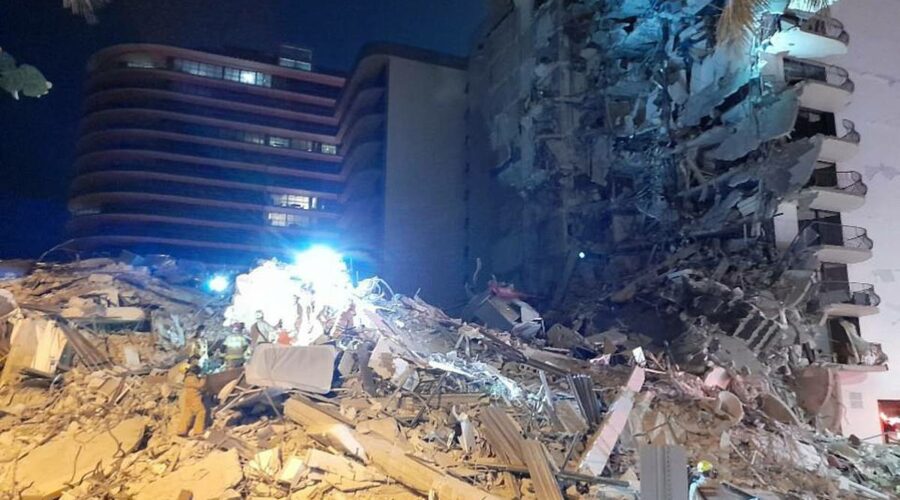 A partial building collapse in Miami caused a massive response early Thursday (local time) from Miami Dade Fire Rescue, according to a tweet from the department’s account.

“Over 80 MDFR units including #TRT (Technical Rescue Teams) are on scene with assistance from municipal fire departments,” the tweet said.

According to the Miami Herald, the 12-story condo tower, part of Champlain Towers, is an oceanside condo built in 1981 with more than 100 units.

Photos and video from the scene show that the collapse affected half the tower. Piles of rubble and debris surrounded the area just outside the building.

Miami Dade Fire Rescue is conducting search and rescue. Authorities had no word yet on casualties, or details of how many people lived in the building.

“We’re on the scene so it’s still very active,” said Sgt. Marian Cruz of Miami Dade Fire Rescue. “What I can tell you is the building is twelve floors. The entire back side of the building has collapsed.”

Police blocked nearby roads, and scores of fire and rescue vehicles, ambulances and police cars swarmed the area.

Officials have not yet commented on how many people are hurt, but a firefighter on the scene could be heard saying there are multiple casualties.