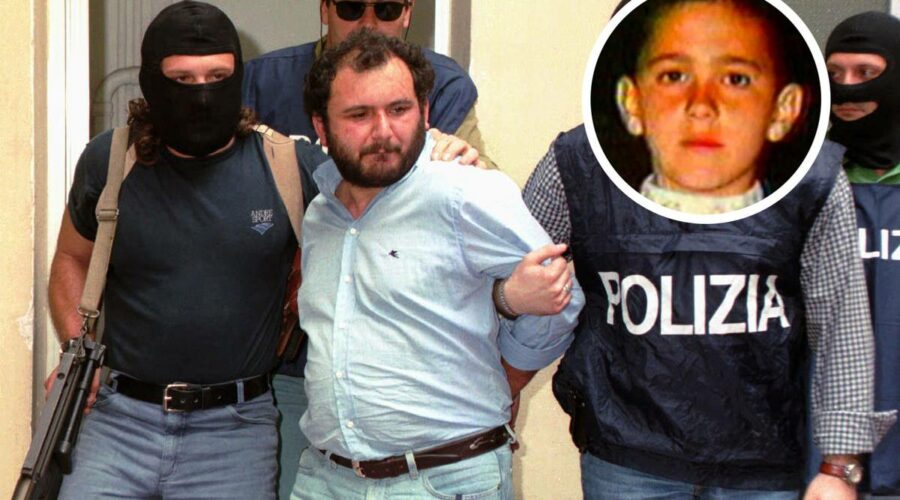 A Sicilian mafia boss known as “the pig” and “the people-slayer”, who had a child dissolved in acid as revenge against an informant, has been released early from prison, prompting outrage from his victims’ relatives.

Giovanni Brusca, 64, a former leader of Cosa Nostra, was released from a high-security jail in Rome after spending 25 years behind bars for multiple murders and mafia association.

He was notorious for having detonated the huge roadside bomb that blew up a crusading anti-mafia prosecutor, Giovanni Falcone, in 1992.

Brusca told a court how he sat on the side of a hill, watching the progress of the prosecutor’s convoy through a pair of binoculars, before activating the explosion by remote control.

The prosecutor’s wife and three police protection officers also died in the massive explosion, which happened on a stretch of motorway outside Palermo.

Brusca ordered the kidnapping of 12-year-old Giuseppe Di Matteo in revenge for the boy’s father deciding to become a pentito, or informant, offering to collaborate with police and prosecutors.

The boy was kidnapped, held in squalid and inhuman conditions for more than two years, then strangled and dissolved in acid.

It was a heinous crime, even by the standards of Italy’s ruthless organised crime networks, and is vividly remembered to this day.

Brusca was arrested in 1996 – a few months after the boy was murdered and thrown into a barrel of acid. The arrest was a major coup for Italian police.

He was sentenced to life in prison, having boasted of committing more than 100 murders.

Nicknamed in Sicilian dialect “U Verru” – the pig – and “U Scannacristiani” – the people slayer – he had been a loyal lieutenant to Salvatore “the Beast” Riina, the brutal boss of Cosa Nostra.

Riina was arrested in 1993, paving the way for Brusca to emerge as a powerful figure within Cosa Nostra.

Brusca’s sentence was reduced to 30 years after he agreed to co-operate with the State, offering valuable information to prosecutors about the secrets of Cosa Nostra and the murderous vendettas it waged in Sicily and beyond.

With further discounts for good behaviour, in the end he served 25 years in jail.

He was released just 45 days earlier than expected, but his new-found freedom was still hugely contentious for his victims’ relatives as well as for many Italian politicians.

“This is a punch in the stomach that leaves you speechless,” said Enrico Letta, the leader of the centre-left Democratic Party.

At the opposite end of the political spectrum, Matteo Salvini, the leader of the hard-right League, said the early release was “not the justice that the Italians deserve”.

“A person who committed these acts, who dissolved a child in acid, who killed Falcone, is in my opinion a wild beast and cannot get out of prison,” said Salvini, who as interior minister in a previous government took a hard line on law and order.

Brusca will be on probation for the next four years.

Tina Montinaro, the widow of one of the police officers who was blown up in 1992, said she was “indignant” over the early release.

“After 29 years we still don’t know the truth about the massacre and yet Brusca, the man who destroyed my family, is free.”

Rosaria Costa, the widow of another of the officers, said: “What kind of State sends home from prison someone who blew up an autostrada and had a child dissolved in acid as part of a vendetta against a pentito?”

But Maria Falcone, the sister of the magistrate who was murdered, said that although she was “distressed” by the release, it was the correct thing to do. “This is the law and it has to be respected,” she said.