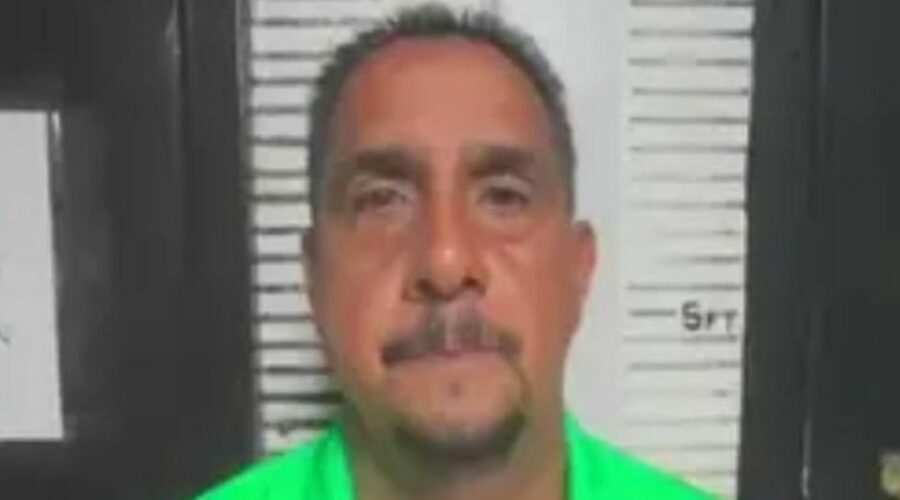 A referee allegedly fired a gun towards football fans after a row broke out over a Red Card, reports say.

Davi Bazeth was arrested after the reported incident on August 15 in Oklahoma.

Bazeth pulled a red card on one of the players to remove him from the Sunday afternoon game and an argument ensued between him and the player, according to reports.

Police say the situation began to "escalate" and it got "kinda heated, I believe there was some pushing and shoving."

After the scuffle, the referee was allegedly seen walking away to his car before returning seconds later to the field.

In the clip, one person can be heard shouting "Hey! Hey! Hey!," moments before the alleged weapon was fired.

The player, handed the red card, reportedly saw Bazeth 'point the gun in his direction and other spectators and players near the playing fields' and fired one round from the gun, a police report says.

Pauls Valley Assistant Police Chief Derrick Jolley said it was a "miracle" nobody was injured.

"It is very dangerous. It could’ve been a very bad situation. You have families there, you have not only the adult spectators and players, but you have children in the area," he added.

The referee apparently returned to his car and drove away, and was later pulled over by police and arrested.

It comes after a stuntman died after being gunned down while filming a music video.

Johann Ofner was given a vest, with the weapon being loaded with a 'blank' cartridge.

However, the stuntman who appeared on Australian Ninja Warrior was shot at close range with a sawn-off shotgun mistaken as a prop.

It was never test-fired before filming and colleagues were left horrified when they realised he had been shot.

He was later pronounced dead at the scene after the projectile penetrated his chest and punctured his heart, an inquest heard.