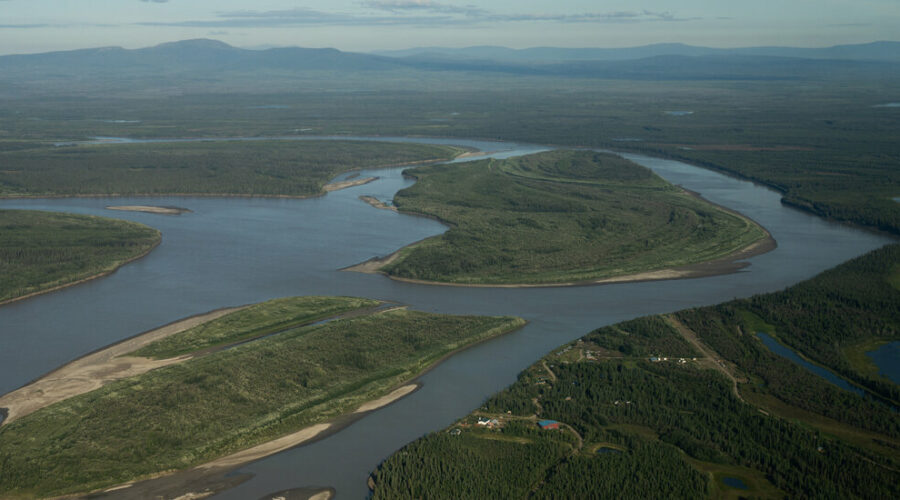 Historically low runs on the Yukon River have devastating impacts for Alaskans relying on the fish for sustenance and tradition, but Bristol Bay is seeing more sockeye than ever before.

Historically low chinook and chum salmon runs on the Yukon River are alarming people in the nearly 50 nearby villages who rely on the fish to fill their freezers for the winter.Credit…Ash Adams for The New York Times

But on the Yukon River, about 500 miles to the north, salmon were alarmingly absent. This summer’s chum run was the lowest on record, with only 153,000 fish counted in the river at the Pilot Station sonar — a stark contrast to the 1.7 million chum running in year’s past. The king salmon runs were also critically low this summer — the third lowest on record. The Yukon’s fall run is also shaping up to be sparse.

The disparity between the fisheries is concerning — a possible bellwether for the chaotic consequences of climate change; competition between wild and hatchery fish; and commercial fishing bycatch.

“This is something we’ve never seen before,” said Sabrina Garcia, a research biologist with the Alaska Department of Fish and Game. “I think that we’re starting to see changes due to climate change, and I think that we’re going to continue to see more changes, but we need more years of data.”

The low runs have had ripple effects for communities along the Yukon River and its tributaries — the Andreafski, Innoko, Anvik, Porcupine, Tanana and Koyukuk Rivers — resulting in a devastating blow to the people relying on salmon as a food staple, as feed for sled dogs and as an integral and enriching cultural tradition spanning millenniums. 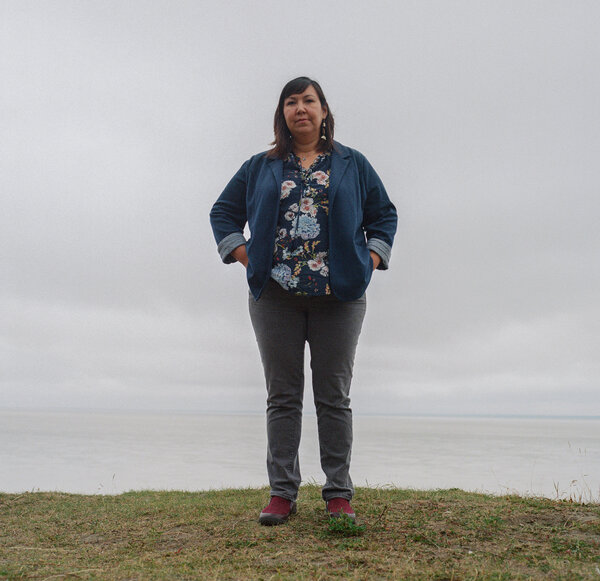 “We have over 2,000 miles of river, and our numbers are so low,” said Serena Fitka, the executive director of the Yukon River Drainage Fisheries Association. “Where are all our fish? That’s the question hanging over everyone’s head.”

Because the critically low runs of chinook and chum didn’t meet escapement goals, the Alaska Department of Fish and Game prohibited subsistence, commercial and sports fishing on all of the Yukon, leaving nearly 50 communities with basically no salmon.

“When we have a disaster of this magnitude, where people are worried about their food security, they’re worried about their spiritual security, they’re worried about the future generations’ ability to continue our way of life and culture — our leadership is very anxious,” said Natasha Singh, who is general counsel for the Tanana Chiefs Conference, a tribal organization representing 42 villages in an interior Alaska region nearly the size of Texas. “Our people are very anxious. They want to remain Athabascan-Dene. They want to remain Native, and that’s at risk.”

It’s not the first time salmon runs on the Yukon River and its tributaries have plummeted, but this summer’s record low numbers feel particularly distressing. A large stretch of the Yukon River carries only two of the five species of salmon found in Alaska: chinook and chum.

“When one species crashes, we’re kind of shocked, but we’re OK because we know we can eat from the other stock,” said Ben Stevens, the tribal resource commission manager for Tanana Chiefs Conference. “But, this year is unprecedented in that we don’t have either stock there. They’re both in the tank.”

Yukon River chinook salmon have been in decline for decades, shrinking in size and in quantity as the years pass. The region is also seeing mass die-offs of salmon. In 2019, thousands of chum carcasses washed up on the banks of the Yukon River and its tributaries, which scientists blamed on heat stress from water temperatures of nearing 70 degrees, about 10 to 15 degrees higher than typical for the area.

While warming waters can create an inhospitable habitat for salmon, some research indicates that the heat benefited the sockeye in Bristol Bay, boosting the food supply for young salmon.

“It’s so heartwarming to have our fellow Alaskans reach out and provide donations,” Mr. Stevens said. “I’m just kind of sad that we’ve allowed the situation to get this bad.”

Mr. Stevens is a Koyukon Athabascan from Stevens Village, a small community northwest of Fairbanks, Alaska, where the Trans-Alaska Pipeline crosses over the Yukon River. He toured the region last month to hear how communities are coping with the low runs. He said people are scared about a winter with no food, and for the consequences that come with being disconnected from the land and animals. With the loss of fish also comes “the incredible loss of culture,” Mr. Stevens said.

Meat harvested from the land is a core food for people living off Alaska’s road system, whose communities are accessible only by boat or plane. Steep shipping costs and long travel times make fresh food at village stores prohibitively expensive and limited; the custom of harvesting food together with friends and family goes back thousands of years.

No salmon also means no fish camp — an annual summer practice where families gather along the rivers to catch, cut and preserve salmon for the winter, and where important life lessons and values are passed down to the next generation.

“We go out and we pass on our tradition over thousands of years from the young to the old,” said PJ Simon, a chief and chairman of the Tanana Chiefs Conference. “That’s our soul. That’s our identity. And that’s where we get our courage, our craftsmanship, for everything that has led up to where we are today.”

The 19-year-old model and activist Quannah Chasinghorse travels to her family’s fish camp every summer. Ms. Chasinghorse is Han Gwich’in and Oglala Lakota, and is from the Eagle, Alaska.

“Every time I go out to fish camp there’s something new I notice that’s different — due to climate change, due to so many different things — and it breaks my heart because I want to be able to bring my children, and I want them to experience how beautiful these lands are,” Ms. Chasinghorse said. “I want to see younger generations fishing and laughing and having fun and knowing what it’s like to work hard out on the land.”

The future of Yukon salmon runs remains uncertain. But there’s still time for fishers in the region to adapt to the effects of climate change and to different management approaches, said Ms. Singh, the attorney. If salmon are allowed to rebound, then “our children will be fishing people,” she said.

“We shouldn’t conclude that climate change is going to change our fisheries to the point where we have to give up our identity,” Ms. Singh said.

“I think we need folks to know that the last great salmon run on this globe, the last wild one, is about ready to end,” Mr. Stevens said. “But, we can stop it.”

13/08/2021 World News Comments Off on Record Salmon in One Place. Barely Any in Another. Alarm All Around.
Markets