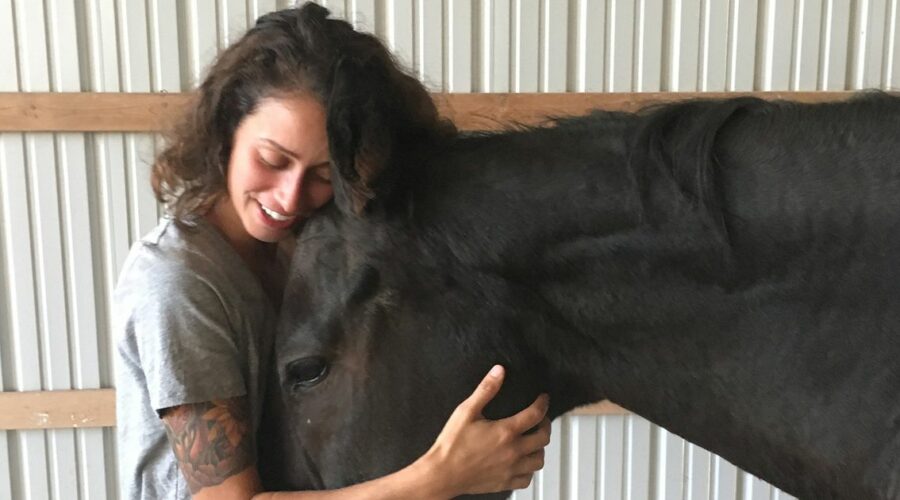 A 'real-life Dr Dolittle' who quit a £60,000 a year job and trained herself to speak with animals is now earning even more as a pet psychic.

Nikki Vasconez, 33, from Philadelphia, US, used to be a full-time property lawyer before giving it up to pursue her dream career as an animal psychic.

Only one year after she first started reading how to communicate with creatures back in September 2020, she began advertising her services on Facebook, Instagram and TikTok — quickly finding herself booked up for months at a time.

Nikki said: "I was so miserable in my previous job, I was working huge hours and was just unhappy but was too scared to change. Until this came along.

"I started out practising on family and friend's pets, and some stranger's animals for free but as soon as I created social media accounts, I began to gain a steady following and it wasn't long before requests started pouring in.

"I couldn't believe it – I had to set up a waitlist which had a total of 4,000 people on it requesting me to speak with their animals."

Nikki's method sees her look at a photo of the animal and telepathically ask them a series of questions, before then reading the answers on her phone so owners can hear their full conversation.

The animal psychic is given the pet's name, gender and the name of people in the home in advance.

But she says she stops herself from finding out any more to prevent her 'human brain' from changing the messages.

While she doesn't claim to "hear their accents" or "tone of voice", she can always sense their personality.

She also speaks with animals who have passed away and claims she spoke to a cat who was able to see after not being able to while living.

Another time Nikki got in touch with a horse named Cruse who said he did not like his owner's boyfriend.

She recalled: "Cruse told me not to worry though, because the boyfriend doesn't like him either! I told the owner this and she laughed saying that was all true."

While she has received plenty of interest on TikTok from potential customers or people wanting to learn for themselves, she also gets criticism people who think she is a fraud.

Nikki now encourages others to follow their passions, as she "couldn't be happier now doing what I love most."