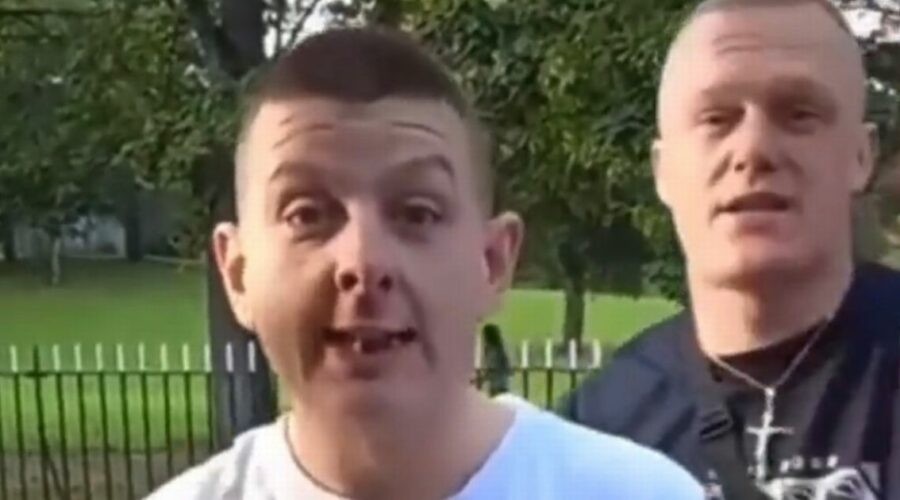 An amateur rap duo who have become viral sensations are the peoples' choice to represent the United Kingdom in the next Eurovision song contest.

This week a video emerged and started doing the rounds on social media of two men, who look to be in their thirties, rapping on the streets somewhere in the UK.

Not much is known about the pair, but their X-rated, drug-use inspired lyrics and clunky rhythm has somehow captured the hearts of Twitter users.

One even went as far as to say: "There's our next Eurovision entry right there."

Another person jokingly asked: "Do they do weddings?"

While a third added: "Congratulations you're through to judges' houses."

A theory also began circulating that the two men are the grown up version of the 'Kersal Massive,' a group of young boys that went viral for their 'chav rap' uploaded to YouTube 16 years ago.

The wannabe rappers managed to squeeze lyrics about drugs, money, cars, women, public transport and a hatred for neighbouring Levenshulme into their 45-second freestyle.

"I can't believe it's 16 years since Little Kev and Ginger Joe got on the bus with their day saver…" one person said, referencing the lyrics of the famous clip.

"My boy Kersal Kev, looks like life's treated him poorly," added another.

Kersal is a suburb and district of Salford in the City of Salford, Greater Manchester.

Five years ago, rumours began circulating online that a man wanted for attacking somebody with a gun in Salford was 'Kersal Kev.'

Kevin McAteer, then 25, was wanted by police for a Section 18 assault with a firearm.

C-Mac, real name Callum, still lived in Salford as of 2016 and worked for a law firm in Manchester, according to The Tab.

“It was uploaded to the internet over 10 years ago,” he said.

“It was done as a joke and then it just went viral. I don’t actually know who uploaded it to YouTube, it wasn’t me," he told the title six years ago.

The video was actually an entry for a contest to win a Kano themed BMX, hosted by the now-defunct record label 679 recordings.

“I am not in touch with the other two lads anymore," Callum added.

26/04/2022 World News Comments Off on Rap duo ‘should be UK Eurovision entry’, jokes fans as their rhymes go viral
Markets