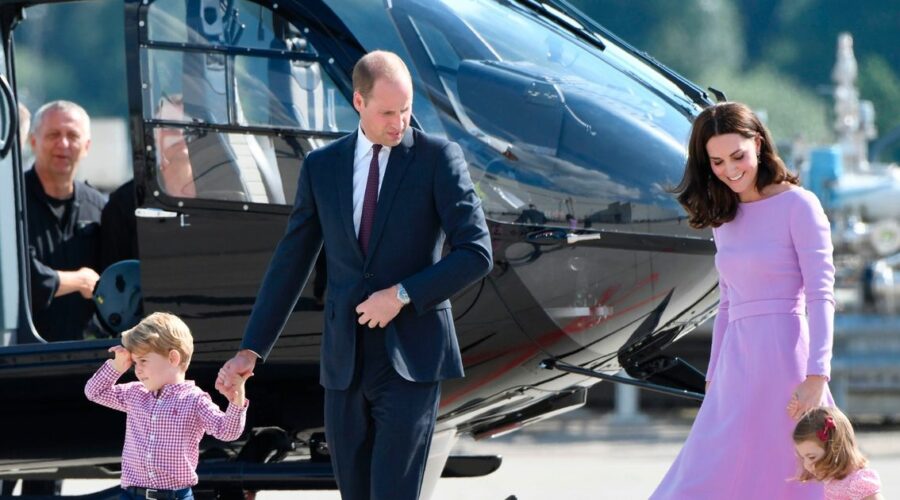 The Queen is said to have issued warnings to Prince William over his use of helicopter travel after a source revealed that she is still haunted by a tragedy which struck The Firm earlier in her reign.

It comes after royal fans shared their support for the monarch after it was reported she was "terrified" about losing her grandson Prince William and his family in a "disaster" if they continue to regularly travel in the aerial vehicles.

A source speaking to MailOnline has now claimed that a specific chopper incident which killed a high-ranking royal official has left her with the mortal fear.

In December 1967, the Captain of the Queen's Flight Air Commodore John Blount and relative of James Blunt was killed when a Westland Whirlwind he was flying in crashed in a field near Newbury, Berkshire.

Three other members of the flight also died in the accident, which occurred while they were on their way to the Royal Naval Air Station at Yeovilton.

The insider recalled to the newspaper: "It put her off completely"

"That's why she's so worried about William and his family."

The inquest found metal fatigue in the gearbox was the cause of the deadly incident.

While no Royals were killed, Prince Philip had been travelling in the same helicopter not long before.

Her Majesty refused to take a helicopter for several years after the crash, but eventually relented in 1977 when she embarked on her four-nation tour of the UK for her Silver Jubilee.

After being informed that the only safe passage to Northern Ireland would be by way of the rotor vehicle, the monarch reticently agreed to take the flight.

It is suggested by the source that she is still not fond of helicopters, and will not take them after dark.

The monarch is reportedly frustrated that William is willing to take such a high risk by taking them regularly and has had "several conversations" with the Duke of Cambridge to ask him to "stop flying himself, particularly in bad weather".