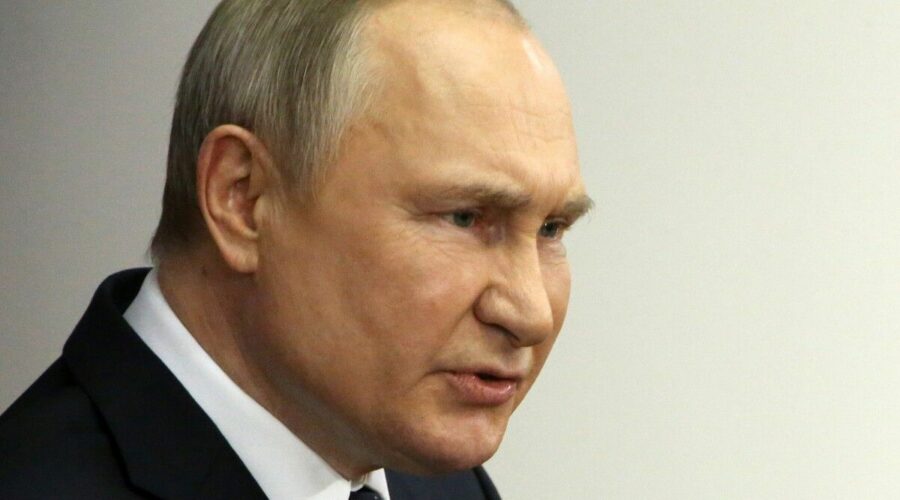 Putin 'will use nuclear weapons if facing defeat' says expert

Investigative journalist Christo Grozev said that the Russian President’s inner circle believe he is “dying or gravely ill”. Mr Grozev added that they are not willing to risk being hauled before a modern equivalent of the Nuremberg trials if Putin will not be around to protect them.

During an interview with Ukrainian journalist Dmitry Gordone, the Russia expert said: “I can’t speak without information, but we know that oligarchs from his closest circle claim it.

“We also know that the Lubyanka [FSB secret service] sent a letter about a month ago to all regional FSB chiefs.

“It said: ‘If you hear about him having a very serious illness, we insist you do not pay attention’.

“So they all thought this means the exact opposite.

“So I think it doesn’t matter that much if he is dying or gravely ill, what matters is people around him think so.

“This changes the formula, this is a factor in deciding just how loyal people feel they should be to him.

“The same reason makes it unlikely that someone will press the nuclear button, with the understanding that if he is gone in three or six months, who will protect them from a trial in Nuremberg?”

Mr Gordone had asked Mr Grozev: “We watch [Putin] spasmodically clutching the corner of the table with his right arm during a meeting with [Defence Minister Sergei] Shoigu.

“And his jacket being too high and tight around his neck, his stumbling, limping gait…

Speculation has been high over the Russian leader’s health in recent months.

In the clip, the Russian President looked bloated and constantly tapped his right foot on the floor.

Professor Erik Bucy, a body language expert from Texas Tech University, told The Sun: “It’s an astonishingly weakened Putin compared to the man we observed even a few years ago.”

It comes as Russia’s brutal invasion of Ukraine is in its third month.

06/05/2022 World News Comments Off on Putin health bombshell: Top commanders would ‘ignore’ nuclear order as he is ‘gravely ill’
Markets