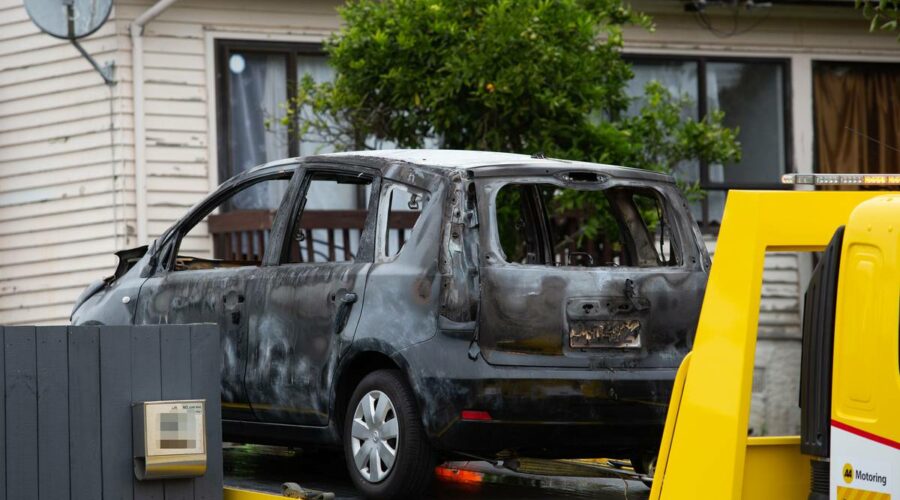 An ex-convict who lit his landlord on fire then repeatedly slashed her throat, later telling psychologists he thought she was either a witch or a vampire, has been found not guilty by reason of insanity.

Damien Charles Chandler was charged with murder in May 2020 for the death of Tania Hadley, who was doused in petrol and set afire in her Mt Roskill driveway as she got into her car to go to work.

Neighbours rushed out to assist, but after she was able to stand again Chandler came back outside with a knife and attacked her again, according to a summary of facts read aloud at the Auckland High Court.

As a result of Justice Geoffrey Venning’s insanity finding, Chandler will now be held as a special patient at a secure mental health facility. After the 10-year period, he could still remain in a treatment facility, but would undergo more frequent assessments.

Outside the courthouse today, Hadley’s family said it was the outcome they were hoping for. They hope he will never be released again.

“This is what needs to happen,” her son, Deon Hadley, said. “This guy will never walk the streets again and will no longer be able to harm.”

Two psychiatrists briefly testified at the hearing, as well as filing reports to the court. They determined Chandler was suffering schizophrenia at the time, which was likely exacerbated by his use of methamphetamine. He believed voices from the television were giving him commands, they said.

“You’re a piece of s***,”Hadley’s son yelled before leaving the courtroom part-way through the hearing, as some of the most graphic details were read aloud. “How gutless can you be, you mongrel?”

Another person later called him a “gutless pig” as she marched out of the courtroom.