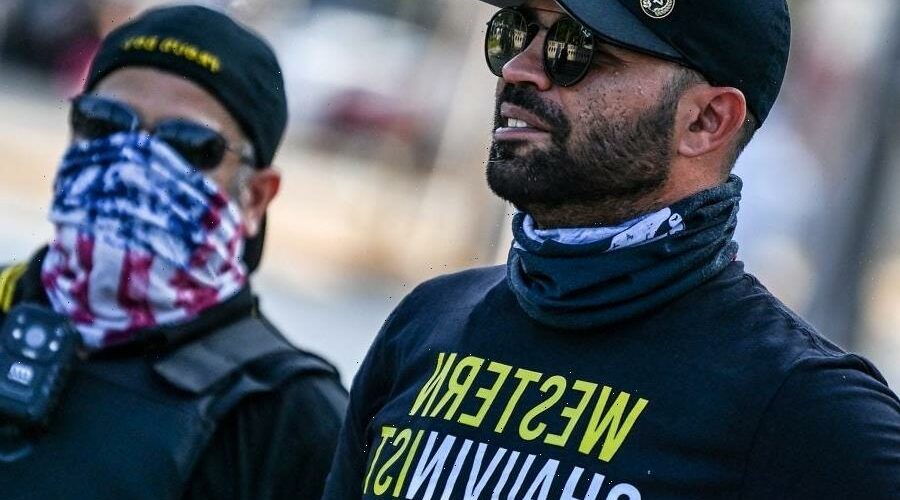 In the ongoing matter of the Jan. 6, 2021, attack on the U.S. Capitol, Enrique Tarrio has found himself in the center of what has become a maelstrom of epic proportions.

The Afro-Cuban former national chairman of the right-wing Proud Boys organization was arrested in Florida in March due to his alleged connection to the “conspiracy to obstruct the certification of the Electoral College vote,” according to U.S. District Judge Timothy Kelly of Washington, D.C.

According to MSNBC, Judge Kelly wrote in a ruling that Tarrio should remain held at a federal detention center in Miami until his trial. Noting that the charges were “very serious,” Judge Kelly also noted that Tarrio while “not physically present near the Capitol” on the day of the riot, “[his] alleged leadership and organizational role in the conspiracy suggests that he has a skillset, resources, and networks to plan similar challenges to the lawful functioning of the United States government in the future.”

Video recorded by a documentary crew in a parking garage near the Capitol on the evening of Jan. 5 shows Tarrio speaking with Stewart Rhodes, the founder of the right-wing militia group the Oath Keepers. Rhodes and others have been charged with seditious conspiracy in connection with the Jan. 6 attack, and at least three members of the Oath Keepers have pleaded guilty to seditious conspiracy.

Tarrio was previously sentenced to five months behind bars for burning a Black Lives Matter banner during a pro-Trump demonstration in Washington, D.C., in December 2020.

Tarrio has not made any comment about his current predicament. His pretrial date is set for June 17.