Probiotics yoghurts ‘could reduce obesity in children’ and shrink their risk of serious diseases in future, study finds

Probiotics found in yoghurt drinks could reduce childhood obesity and the risk of developing serious diseases like type 2 diabetes, scientists have revealed.

The study compared 100 obese children aged between six and 18 who were either put on a standard calorie-restricted diet or one that included probiotics.

After monitoring the children for eight weeks, scientists found that those on the diet including probiotics lost more weight and had improved insulin sensitivity, reducing the risk of type 2 diabetes and heart disease.

The supplements contained Bifidobacteriums, which break down carbohydrates and fibres in the human gut. They also release chemicals called short-chain fatty acids, which play an important role in gut health and controlling hunger.

It is thought that digestion is impaired when they are present in low numbers. 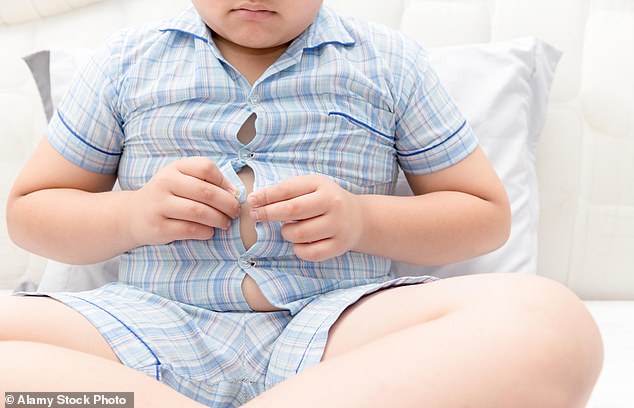 Probiotics found in yoghurt drinks could reduce childhood obesity and improve insulin sensitivity, cutting the risk of type 2 diabetes, a study has found

Dr Flavia Prodam and her team at the University of Piemonte Orientale, Italy, conducted the study to assess the impact of Bifidobacteria on children with obesity.

They analysed clinical, biochemical and stool samples to determine the effects of the bacteria on the children’s weight.

The results found that children who had taken probiotics had a reduction in waist circumference, BMI, insulin resistance and E.coli in their gut, suggesting they may have modifyed the gut microbiome and affected the body’s metabolism.

‘These findings start to give evidence of the efficacy and safety of two probiotic strains in treating obesity in a younger population.

‘The next step for our research is to identify patients that could benefit from this probiotic treatment, with a view to creating a more personalised weight-loss strategy.

‘We also want to decipher more clearly the role of diet and probiotics on microbiome composition. This could help us to understand how the microbiota is different in young people with obesity.’

The study suggests that supplementation with probiotics could modify the gut microbiome environment and beneficially affect metabolism, helping obese children or adolescents who are also undergoing a restricted diet to lose weight, the authors said.

But larger studies over a longer period of time are needed to investigate this, the scientists warned.

Previous studies suggested that probiotic supplementation with Bifidobacteria could help restore the composition of the gut microbiome, which may aid weight loss and could be a potential approach for obesity management.

HOW FAT ARE BRITISH CHILDREN? 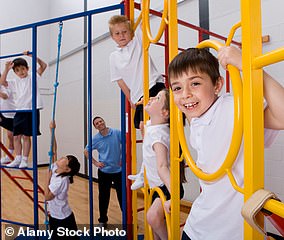 Children play in a school gymnasium

British children are fatter than ever – official data revealed last October that one in every 25 10 to 11-year-olds are severely obese, the fattest possible category.

And out of around 556,000 children of primary school-leaving age in the UK, 170,000 are overweight to some degree, figures showed in May last year.

More than one in five 11-year-olds are obese – equivalent to around 111,000 children – and being so fat means they are more likely to develop type 2 diabetes, heart disease, cancer or have a stroke.

The Royal College of Paediatrics and Child Health say children should be weighed every year at school because ‘danger is on the horizon’ and the UK is lagging behind the rest of the EU in tackling obesity.

Experts have also warned children gain weight ‘at a drastic rate’ when they’re at school.

Sugar in food is known to be contributing to the swelling waistlines of children, with huge amounts of popular foods crammed full of sugar.

A sugar tax has reduced the effects of some soft drinks, but breakfast cereals can still contain more than 70 per cent of an entire day’s sugar in a single bowl.

Even a single can of Coca Cola (35g of sugar) or one Mars bar (33g) contain more than the maximum amount of sugar a child should have over a whole day.