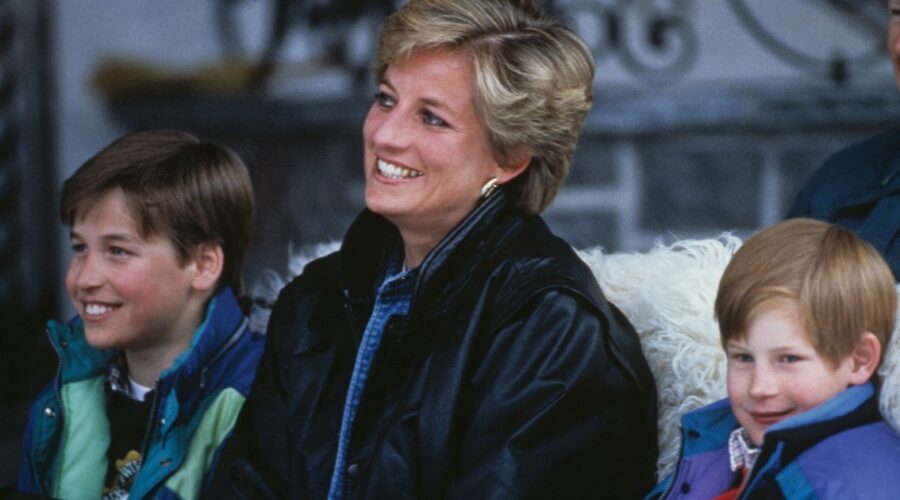 Prince Harry and Prince William were unable to claim some of their mother Princess Diana's most treasured belongings until they turned 30 because of a change that was made to her will.

The Princess of Wales tragically died at the age of just 36 alongside her boyfriend, Dodi Fayed, 42, after the car in which they were travelling crashed during a trip to Paris.

News of her shocking death rocked the world, but several years earlier The Princess of Wales had written a will stating her final wishes in the event of her death.

It included details of what she would leave to her sons William and Harry – who were just 15 and 12 at the time of their mum's death.

She originally signed her will in 1993 – but amended it in 1996, just one year before her death, the Mirror reports.

In the official document, she asked that almost everything she owned was to be divided between William and Harry.

The rest of her possessions were split among her 17 Godchildren, and she left £50,000 to butler and confidant Paul Burrell.

Diana's mum, Frances Ruth Shand Kydd, and sister, Lady Elizabeth Sarah Lavinia McCorquodale, were co-executors and trustees of the will.

As for her estate, reports suggest the Princess wanted it to be placed in a trust which William and Harry would have access to when they turned 25.

But Frances and Lady Elizabeth were legally allowed to make a few changes to the will after her death – and they decided to increase the age the boys could access the estate to 30.

This meant that when Harry turned 30 in 2014, Diana's final request was finally granted and they were given her most treasured possessions – including her iconic wedding dress.

The stunning ivory dress, which she wore when she married Prince Charles in 1981, became one of the most famous gowns in history.

Her sons got the dress after it went on a global tour to be viewed by well-wishers.

During its time on tour, the dress was the centrepiece of an exhibition that raised money for the Diana, Princess of Wales Memorial Fund.

It also made its way across the pond, where it was displayed at the Cincinnati Museum Center in the US for six months.

David Emanuel, who designed the dress, said in 2014: "That gown has earned its keep. It has been around the globe many, many times. I think more people abroad have seen it than British people.

"What’s extraordinary is, after so many years, people are still talking about it."