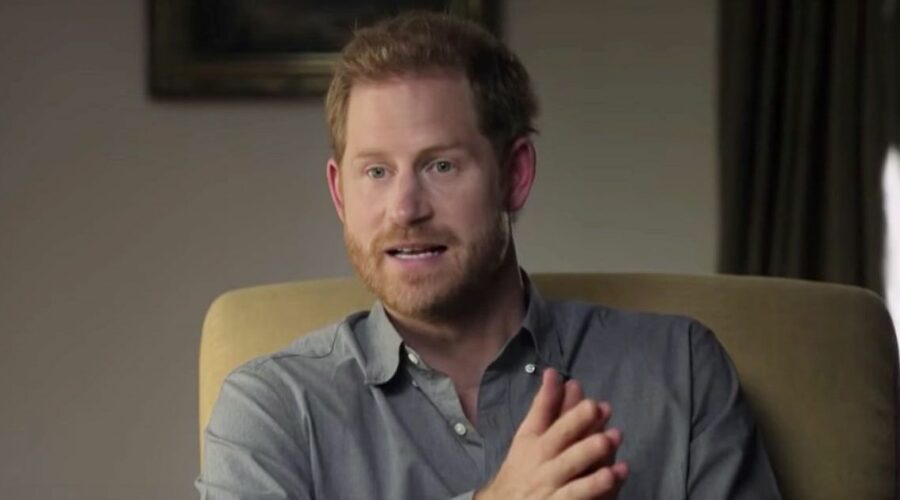 Prince Harry's psychotherapist has been helping him ''shamelessly plot his best future", a new television documentary has revealed.

The Duke of Sussex openly shares a session he has with psychotherapist and EMDR consultant Sanja Oakley in his new docuseries The Me You Can't See, which is available to stream now on AppleTV+.

In the new series, Oprah Winfrey and Prince Harry guide discussions about mental health and emotional well-being while opening up about their own mental health journeys and struggles.

Harry reveals he does Eye Movement Desensitisation and Reprocessing (EMDR), which according to the EMDR Institute, "is a psychotherapy that enables people to heal from the symptoms and emotional distress that are the result of disturbing life experiences."

It claims to provide faster healing time than with more traditional forms of psychotherapy, for issues such as poor self-esteem, feeling powerless and other problems that cause people to seek help.

And therapist Sanja Oakley appears to have been working on similar issues with Prince Harry.

In the documentary, Prince Harry said: "Having now done therapy for four-and-a-bit years, five years now, for me it's all about prevention.

"That doesn't mean we have to speak to them every single day, but to have someone that can help guide us and create that awareness in our own life to when we might be feeling pain and how to get out of that and what the tools are available to us on any given day to ensure it doesn't snowball into something bigger.

"EMDR is always something I have wanted to try and that was one of the varieties of different forms of healing or curing that I was willing to experiment with and I never would have been open to that had I not put in the work and the therapy that I have done over the years." Harry is then filmed taking part in an EMDR session with Ms Oakley.

"Trauma-informed means we are aware of what has happened to the person when they come to us, we're not just looking at the symptoms. We are thinking 'what are the life events that may have caused those symptoms.

"It's one of those big-letter therapies. EMDR standing for Eye Movement Desensitisation Reprocessing and what's specific about EDMR is that we are providing bilateral stimulation by either getting the person to move their eyes or by tapping on them or they are tapping on themselves."

The documentary also told how the therapist suggested that being in in the UK makes him feel "helpless" and like he is trapped.

"Being hunted, helpless and knowing you can't do anything about it. There is no escape," Harry openly said.

The therapist works off of a mantra to 'become gentle with ourselves' in order to 'shamelessly plot our best future'.

Sanja's website says: "Once we start to become gentle with ourselves and accept where and how we are in the world, we can start to realise our values and shamelessly plot our best future.

"The next stage of therapy or coaching takes care of performance issues. Blocks will become apparent.

"Anxiety, procrastination, addictions and self-defeating behaviours will need to be addressed and treated.

"With those out of the way, our way of being in the world becomes more resolute."

It adds: "Once energised, we start to feel more plugged into everything around us, receiving and giving energy as we go about our engagements.

Meghan Markle and Prince Harry announced in January last year that they would step back from senior positions in the Royal Family following talks at Sandringham between Harry, Prince Charles, Prince William and the Queen.

After officially stepping back from their royal duties at the end of March 2020, Meghan and Harry have since relocated with their son Archie Harrison to California, having spent the intervening period living in Canada.