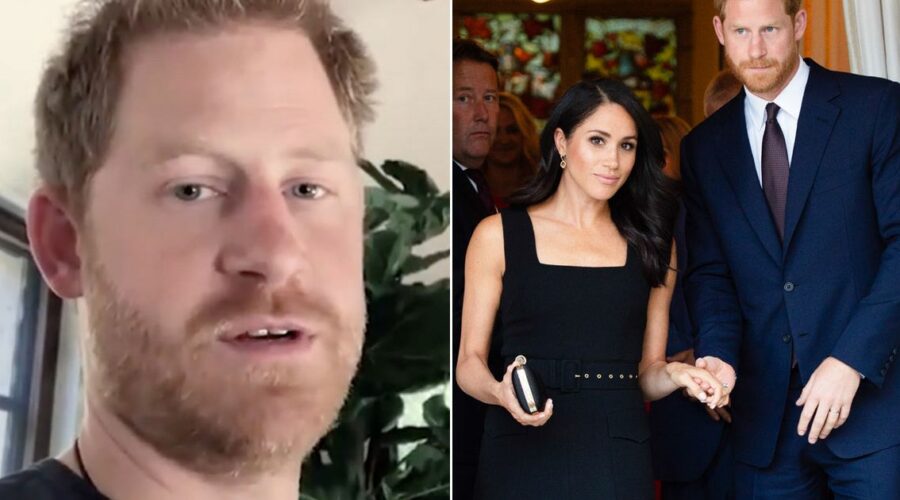 Prince Harry has been seen for the first time since the argy-bargy with the BBC over the use of the name Lilibet – the Queen’s nickname – for his and Meghan Markle’s newborn daughter.

The Duke of Sussex made a virtual appearance in a promotional video for the Invictus Games on Wednesday, just days after the birth of his second child Lilibet “Lili” Diana Mountbatten-Windsor.

He spoke directly to the camera to tell viewers: “It's time to spread the news, something big is coming in Germany."

Injured and sick military veterans gather for the sporting event, which was set up by Harry in 2014.

It aims to gives heroes the opportunity to compete and motivate them through games such as wheelchair basketball.

But the video comes in the midst of a huge row between the prince and the BBC.

Harry threatened the national broadcaster with legal action after they claimed a source said he didn’t ask the Queen, his grandmother, her thoughts on naming his daughter Lilibet.

But less than two hours after their article, the fuming royal duo hit back and said Her Majesty was actually “supportive” of the name choice.

A statement on their behalf from spokesperson Omid Scobie said: “"Had she not been supportive, they would not have used the name.

“The Duke spoke with his family in advance of the announcement, in fact his grandmother was the first family member he called.”

The proud parents' choice of name for their daughter has sparked backlash from critics, with royal biographer Angela Levin slamming the choice as "rude" and "demeaning" to the Queen.

Lilibet was famously a pet name of the monarch, and she even signed her final note to late husband Prince Philip with it at his funeral in April.

Harry also took the opportunity of his first public appearance to speak of the resilience and community involved in planning the Invictus Games.

Set in Düsseldorf for 2023, over 500 competitors from 20 nations will battle it out in different adaptive sports.