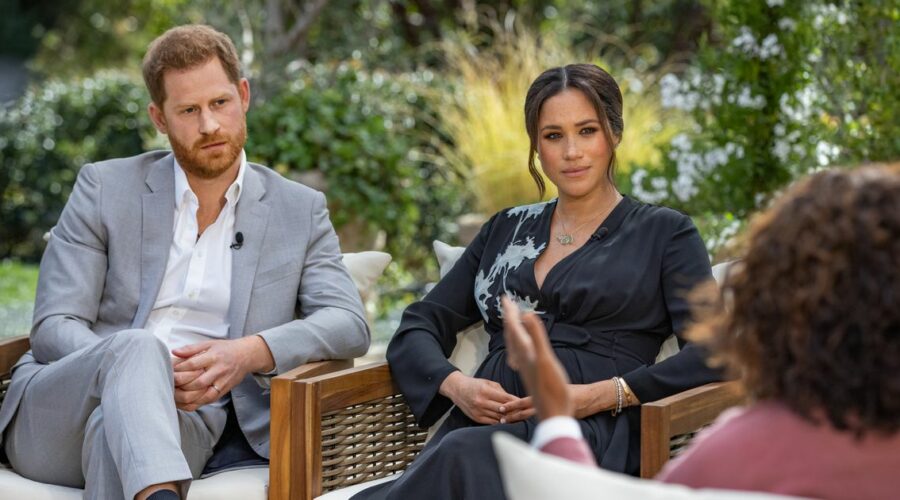 Prince Harry was praised for putting out a "clever media approach" with a strategically chosen release time of his podcast with Dax Shepard.

The Duke of Sussex, who moved to live in Los Angeles with his wife Meghan Markle and son Archie, appeared on the latest podcast episode of The Armchair Expert to talk about mental health, parenting, and privilege.

He described his life growing up as a royal family member as a mix of "being in The Truman Show and in the zoo".

Discussing Harry's latest sharing on the show, Finding Freedom author Omid Scobie said in Heirpod podcast on Saturday that he found the timing of the podcast "interesting".

Omid, who is also a pal of Meghan, explained: "They purposely put it out at 2am LA time to ensure the British newspapers wouldn't get it until the following day.

"Because they wanted the show to have, I guess, 24 hours to just breathe and exist on its own before it gets pulled apart and scrutinised and micro-analysed.

"So it's a clever media approach from them to ensure it got the right kind of coverage."

Co-host Maggie Rulli gasped before she asked: "Interesting! Do you think it worked?"

The pair let out a chuckle and Omid called it a "good question".

He then continued: "If I'm looking at the front pages of all newspapers in the UK today, perhaps not.

"But it did at least get that window where people were just organically talking about what they experienced when they listened to the show.

"This is long, this is a 90-minute interview from Prince Harry. I think this is the longest aired interview that he has ever given."

The interview has upset some royal insiders as they pointed out bother Harry and Meghan's "selfishness".

Author Robert Jobson told Australian breakfast show Sunrise that Harry had thrown his father, Prince Charles, "under the bus" in the bombshell interview.