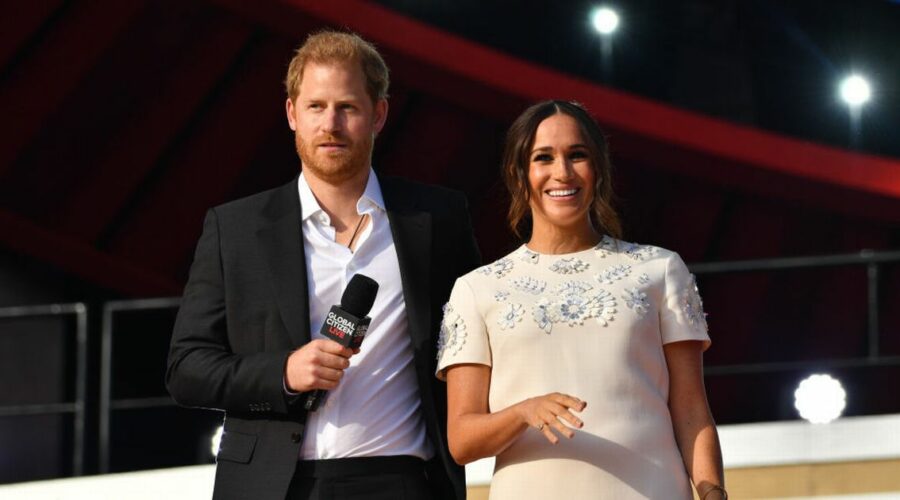 Prince Charles has 'shown up' Prince Harry and Meghan Markle in a new interview with the BBC where he dives into a myriad of detail about his frustrations with Extinction Rebellion and living green, according to a royal commentator.

Columnist Daniela Elser claims that the new interview shows the beginning of a "thrilling new version of what the monarchy can stand for and do" and suggests the Sussexes' may have cut themselves off too early.

"It’s a thrilling new version of what the monarchy can stand for and do – and it is one that Harry and Meghan, the Duke and Duchess of Sussex oh-so prematurely cut themselves off from," Elser wrote for news.com.au.

She added that she believes the royal family is in the midst of a "stealthy rebirth" and are becoming "dynamic leaders on issues including climate change, sexual assault and mental health."

Suggesting that the royal family are overtaking Harry and Meghan's philanthropic efforts – describing their Archewell Foundation's efforts as "scattered".

"The couple having shown a frustrating propensity to skitter from issue to issue," she said.

"The chasm between that approach and the one we are seeing from William, Kate and Charles of late, could not be more pronounced.

"The tragedy here is, this new palace modus operandi would have been the perfect fit for the driven Sussexes – if only they had not decided to become history’s most famous royal conscientious objectors."

In other Harry and Meghan news, royal commentator Lady Colin Campbell has claimed that Meghan is no longer “in favour” among the major fashion houses – despite the Duchess continuing to wear clothes from high-end brands.

Keep up to date with all the latest news stories by signing up for one of Daily Star's free newsletters here.

Meghan and Prince Harry continue to grab headlines around the world with their appearances – most recently visiting New York City in the US in support of the Global Citizen Live event.

But Lady C, speaking on her YouTube channel, has claimed the Duchess is no longer "flavour of the month".

Speaking on her YouTube channel, the commentator claimed: “Meghan would have been somebody who the designers wanted to work with because she’s a good looking woman, and she is high profile.