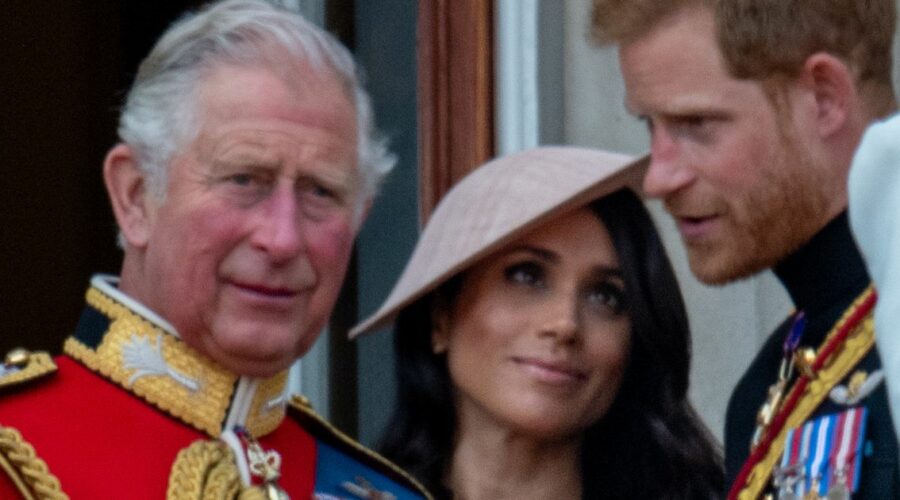 Prince Harry was "frustrated" with the limits on his position and his role in the Royal Family before he met Meghan Markle, according to commentators.

Royal expert Camilla Tominey, speaking in the new ITV documentary 'Harry and William: What Went Wrong?' claims the struggles between the Duke of Sussex and his family began before he met the American actress.

This is despite many people's assumptions that Prince Harry's problems with The Firm began after he got together with Meghan.

Tominey suggests Harry could have a "spare to the heir" mentality, which is potentially what encouraged him to want to do good work and make the most of his position.

She said Prince Harry may have wanted to "make his life count" before the births of Prince George, Princess Charlotte and Prince Louis – the Duke and Duchess of Cambridge's children – pushed him "further down the pecking order".

"There was a lot of talk, even before Meghan was on the scene, of Harry saying, 'Why can't I do this'?", Tominey added.

She also suggested Harry wanted to shake things up by asking why things can't be done differently – and that meeting Meghan Markle gave him "rocket fuel" to get things done.

The new documentary explores the strained relationship between Harry and his older brother William.

This comes after the brothers put on a united front to unveil the statue of their mother, Princess Diana, on what would have been her 60th birthday on 1 July.

Vanity Fair royal editor Katie Nicholl discussed their lives before Harry and Meghan made the controversial decision to step down as senior royals and move across the pond to North America.

She said: "They were living together, albeit across the courtyard. They were working together out of the same office.

"They were doing the same charitable work. You couldn't get a tighter unit."

Contributors speculated about how Harry was feeling next to his older brother, who will one day be King.

Harry and Meghan opened up about their struggles while living in Kensington Palace as senior royals in a bombshell interview with US TV host Oprah Winfrey in March.

During the sit-down chat, Harry talked about feeling "trapped" in his position in the Royal Family, adding he'd never have been able to get out without Meghan by his side.

Harry said: "I was trapped, but I didn’t know I was trapped. Trapped within the system, like the rest of my family are.

"My father and my brother, they are trapped. They don’t get to leave. And I have huge compassion for that."