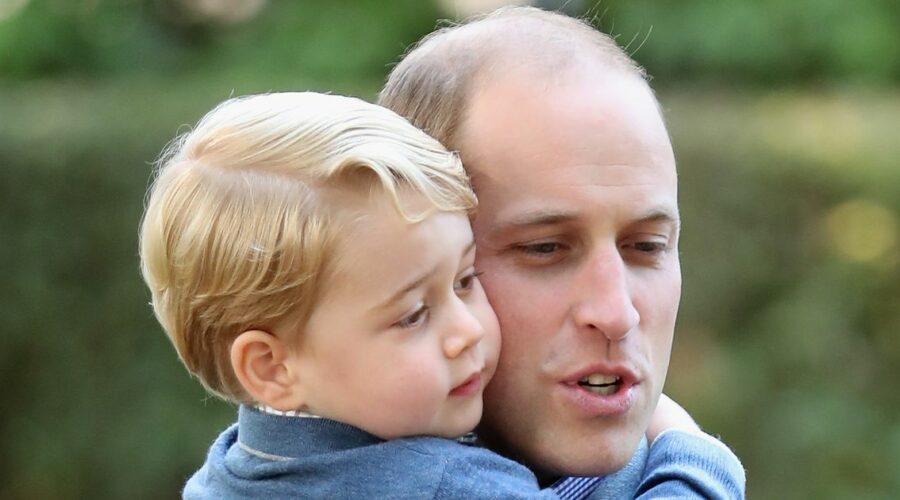 Young Prince George has a sweet nickname for his father Prince William, according to reports.

George, who is eight years old, is the eldest of William and wife Kate Middleton's three children.

The adorable nickname George has for his dad was let slip by the Duchess previously during a visit to Leicester City Football Club a few years ago.

William, 40, is not the only royal to have a nickname, as George has one himself.

According to reports, William and Kate call their eldest PG, his initials, and began the tradition shortly after he was born.

They then jokingly added the word 'Tips' after, in reference to the famous teabag brand.

For their only daughter, Charlotte, William once called her Mignonette during a family visit to the Chelsea Flower Show.

The French word is reported to mean "small, sweet, and delicate" or "cute".

And for the Duchess herself, when she was a young child, she was referred to as Squeak, stemming from the name of her guinea pig.

The Cambridge's are not the only royals to reveal cute nicknames and inside jokes with each other.

The Queen was referred to as Lilibet by her late husband the Duke of Edinburgh, after Her Majesty having trouble speaking her own name when she was a young girl, and the name stuck with her ever since.

She had first begun saying 'Tillabet' but as she grew older it changed to Lilibet between family and friends.

Prince Harry and Meghan Markle welcomed their second child, a little girl, in June, and chose to name her Lilibet in tribute to the monarch.

Prince Philip also reportedly had another way of speaking to the Queen. In the 2006 film, called The Queen, Philip says to Her Majesty – played by Dame Helen Mirren, "Move over, Cabbage," believed to be another cute joke between the pair.

It's been a year like no other for the Queen from the loss of her husband to heartache over Prince Harry. But Her Majesty has also had a lot of cause for celebration, including the birth of baby Lilibet. To mark what a year the Queen has had, OK! Magazine is bringing you a limited edition collector's issue. Get your hands on it here.

For the latest breaking news from the Royal Family and stories from the Daily Star, sign up for our newsletter by clicking here .