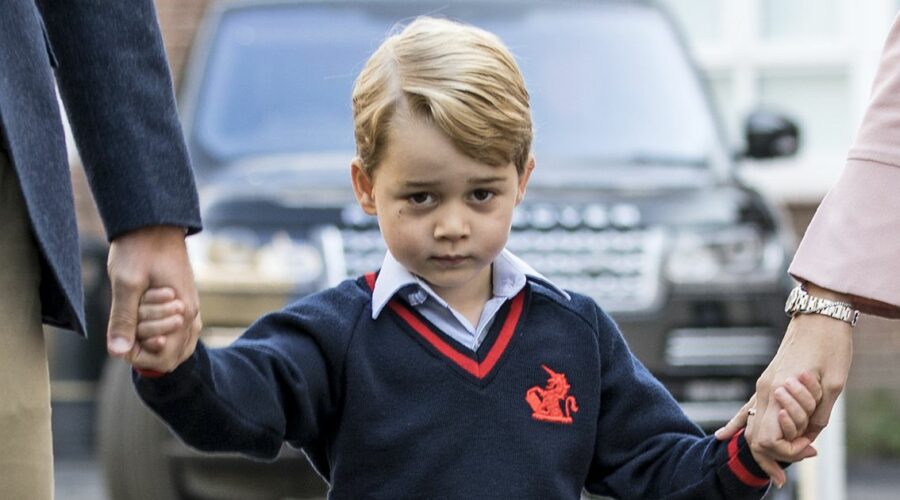 It will not be long until Prince George and sister Princess Charlotte are back in school after a long and eventful summer.

The siblings both attend Thomas's Battersea, an independent prep school in South London, that counts model Cara Delevingne and Florence Welch (from Florence and the Machine) among its former students.

While Prince George and Princess Charlotte are the most well-known members of the Royal Family at Thomas's Battersea, they are by no means the only ones.

There are in fact three members of the Royal Family that go to the school with young Maud Windsor making up the third, reports The Mirror.

Maud Windsor is the eldest daughter of Lord Frederick Windsor, who is in turn the son of Prince Michael of Kent, the Queen's cousin.

And if that was not enough excitement already Maud's mum and Lord Frederick's wide is Sophie Winkleman, who herself has an incredibly famous sister at the BBC.

Sophie, who is officially known in royal circles as Lady Frederick Windsor, is a successful British actress who became a cult character in Channel 4 comedy Peep Show, playing Big Suze.

Sophie's sister is also none other than Strictly Come Dancing presenter and host Claudia Winkleman.

When Maud was born in August 2013, just a month after George, she was 42nd in line to the throne.

Her full name is Maud Elizabeth Daphne Marina Windsor, and her parents picked Elizabeth in honour of the Queen.

Like Prince Harry and Meghan Markle's daughter Lilibet, Maud was also born in the United States.

Speaking about her name, Lord Freddie told Hello! in 2013: "We liked the idea of an old-fashioned English name and there are a couple of Princess Mauds in my father's family from a hundred years ago – one was the youngest daughter of Edward VII who ended up being Queen of Norway, and another a grand-daughter of Edward VII by his daughter Princess Louise.

"It's also a beautiful, elegant name and it was always our first choice."

George and Maud started at Thomas's on the same day in September 2017.