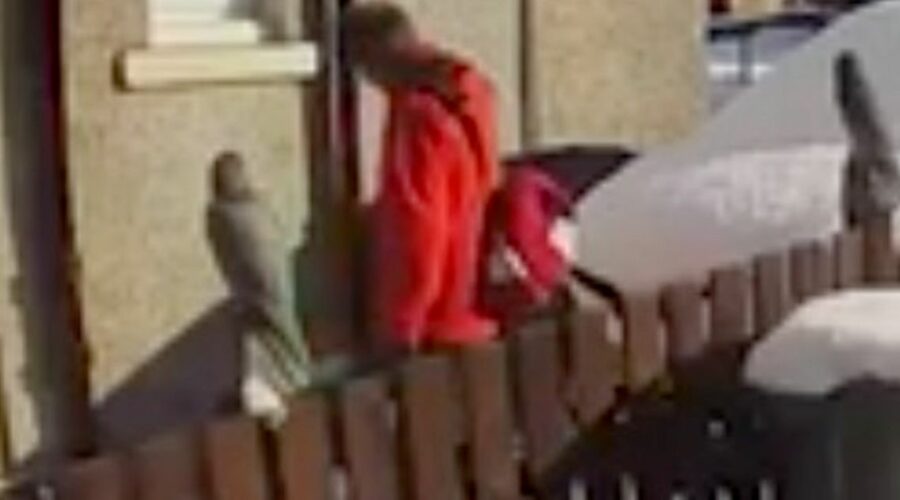 A postman who left a 72-year-old pensioner on the floor in the snow has been sacked by Royal Mail.

Thomas McCafferty ignored Patricia Stewart’s pleas for help after she fell from her doorstep in Falkirk, Scotland in February this year.

The incident left Patricia, who suffers from osteoporosis and uses a zimmer frame, in freezing conditions in the snow at her Bainsford home.

Footage of the incident was captured by a neighbour's video doorbell and showed Patricia asking McCafferty for help, the Daily Record reports.

On the video, McCafferty can be heard saying to the pensioner: "I can't help pal, I'm knackered. Absolutely knackered."

He then went on his way without even alerting anyone else to help the woman.

Patricia had already hurt her head from the fall and was on the floor 20 minutes until a Hermes delivery driver called a neighbour for help to get him in the house before phoning an ambulance.

Speaking to the Daily Record back in February, Patricia said: “The postman was walking away so he didn't see the fall but I shouted for help and I asked if he could help me get up, but he just said he was knackered and walked off and left me there lying in snow.

"I was lying there for a wee while, I was absolutely soaking wet and freezing."

According to reports, Patricia never received an apology from McCafferty but did get one from a Royal Mail manager.

Speaking at the time of the incident, Patricia’s niece Sheryl Harkins said: “When I got told about the situation I thought there must be something not right here, there must be a misunderstanding.

"It wasn't until the neighbour sent the video footage and I saw and heard it that I realised – it beggars belief. I'm so disgusted.”

McCafferty was suspended while Royal Mail conducted an investigation into the incident but it has now been revealed, the postie has been sacked.

A Royal Mail spokesman said: “We can confirm that the individual concerned has left the business. We are sorry for the distress this incident has caused.”