The villas were uncovered below modern buildings in an area known as Stabiae, approximately four kilometres southwest of Pompeii after archaeologists spotted a secret tunnel leading there from the ancient Roman settlement. Now, TV cameras have been allowed inside the series of illegally dug tunnels for the first time ever during Dan Snow’s new documentary “Pompeii’s Final Hours: New Evidence” set to air Saturday on Channel 5. The famed historian burrowed into the series of shafts, leading to a huge, completely unexcavated villa.

Speaking to Express.co.uk exclusively, he said: “It’s a bit controversial, I went into a tunnel used by robbers to burrow into the volcanic debris beneath Pompeii.

“We were the first TV crew to be allowed in there.

“I’m not that claustrophobic, but I tell you what – I was down there.

“It was no bigger than the circumference of my body and while we were down there I found some human remains, it was pretty intense. 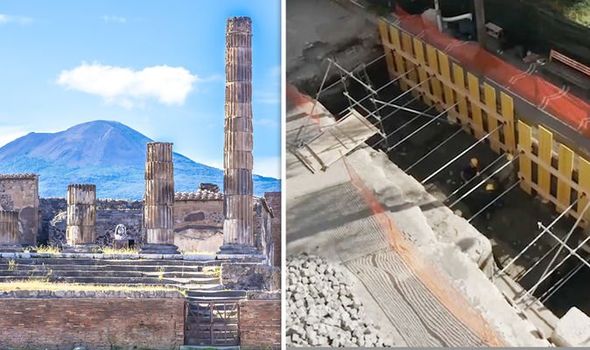 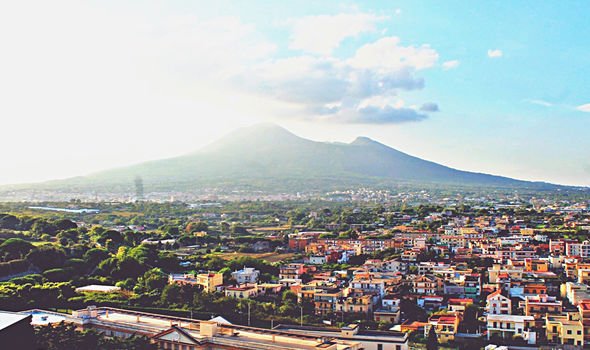 “This led to a giant villa which was previously unexcavated, just outside the official boundaries of Pompeii.”

But this was not one of a kind, Mr Snow revealed.

He added: “This is one of the thousands of villas that no one knew about, hiding below modern Naples.

“It’s the first time that anyone’s ever seen it, it’s absolutely gigantic.

“I followed the robber tunnels through it into various rooms, where the robbers had hacked off various bits of art on the wall.

“Basically, there’s a whole city, it’s like Pompeii was buried, but so was around 1,000 other villas of which only about five or six have been excavated. 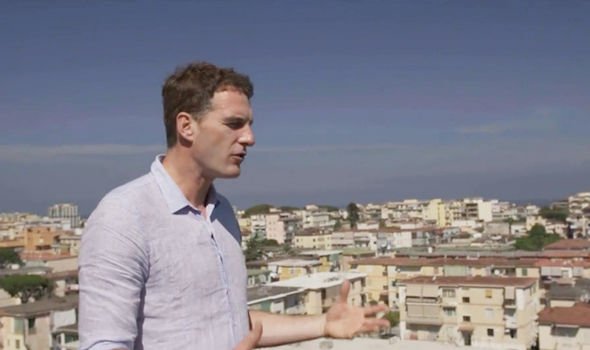 “So you are always making unbelievable discoveries and you can use modern technology to find things.”

Mr Snow continued, adding that the wider area hit by Mount Vesuvius will unveil many more secrets over time.

He continued: “Pompeii was a city, and all the villas around it were like the Hamptons, or Sandbanks.

“Imagine Sandbanks was destroyed by a volcano, the richest part of the Roman Empire just completely covered.

“They’ve only been into about five or six of those villas, there’s another thousand down there. 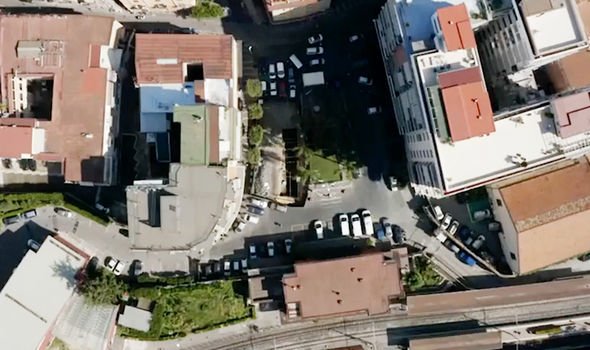 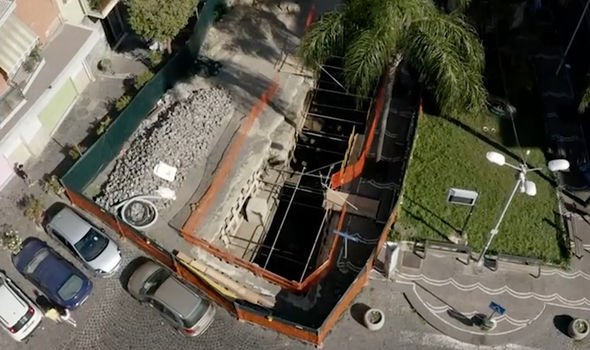 “They’ve only been into about five or six of those villas, there’s another thousand down there.

“The robbers have basically done the archaeologist’s job for them, so now they just have to follow them and expand the tunnels.

“There’s so much more to discover, we are at the start of the process.”

Almost 2,000 years ago, Mount Vesuvius erupted in one of the deadliest volcanic eruptions in history.

It sent a huge cloud of superheated tephra and gas to a height of 21 miles, before ejected molten rock, pulverised pumice and hot ash at 1.5 million tonnes per second, obliterating Roman settlements and burying thousands under the burning rubble.

It covered the city of Pompeii and the surrounding areas in a blanket of thick material, leaving the opportunity for so much more to be discovered.

CEO Spotlight: Alon Rajic on the Future of UK/EU Trade and Economics

Warren Buffett Declares He Will Never Own Cryptocurrency