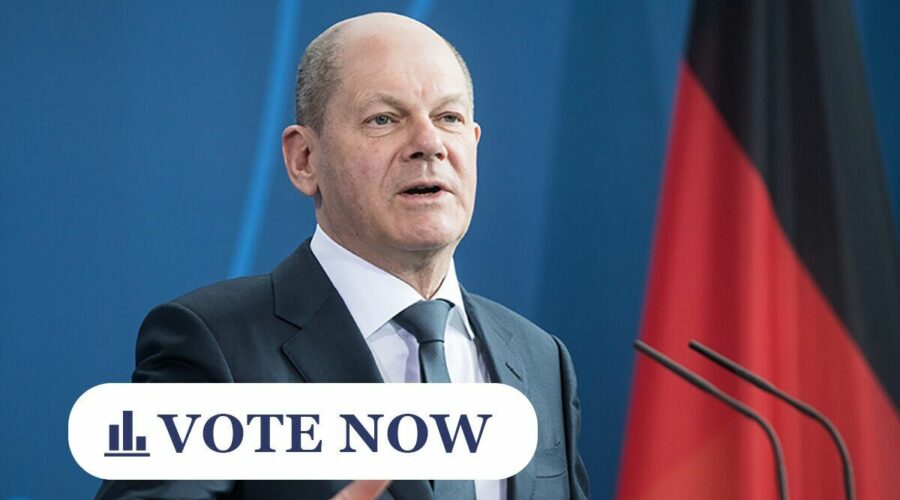 Ukraine's war with Russia could be 'extremely long' says expert

Berlin announced on Tuesday that it would send anti-aircraft tanks to help Kyiv defend itself against Russia’s invasion. The 50 Gepard (Cheetah) tanks being supplied were decommissioned from the Bundeswehr, German armed forces, several years ago. They were returned to their manufacturer, Krauss-Maffei Wegmann, where they will now be refurbished directly for Ukraine.

Germany’s defence minister Christine Lambrecht announced the decision on Tuesday saying: “We are determined to combine our efforts to help the Ukrainian people in this existential emergency.”

But military experts say that these are the most complex systems Germany could have sent and require months of training as well as spare parts and ammunition from Switzerland that Bern does not want to sell to Ukraine.

Markus Richter, staff sergeant of the reserve in the German army and commander of a Gepard, told Politico he was “surprised that the government chose to deliver such a highly complex weapon system, instead of Marder or Leopard tanks, which are less complicated to operate and maintain”.

German Chancellor Olaf Scholz had until now resisted calls to deliver weapons, claiming such a move may cause a direct military confrontation between NATO and Russia that could lead to a nuclear war.

Germany claimed sending heavy weaponry would “significantly weaken” its own defence capabilities, leaving it unable to fulfil its NATO requirements.

Mr Scholz said earlier this month that Germany would compensate eastern European nations that sent Soviet-made arms to Ukraine with western equipment from its own stock.

Germany is also one of the largest importers of Russian gas, which has been propping up its economy otherwise decimated by western sanctions.

Mr Scholz halted work on Nord Stream 2 and insists that Germany is searching for alternatives to Russian gas to keep its power on.

So what do YOU think? Is Germany doing enough to support Ukraine? Vote in our poll and join the debate in the comment section below.