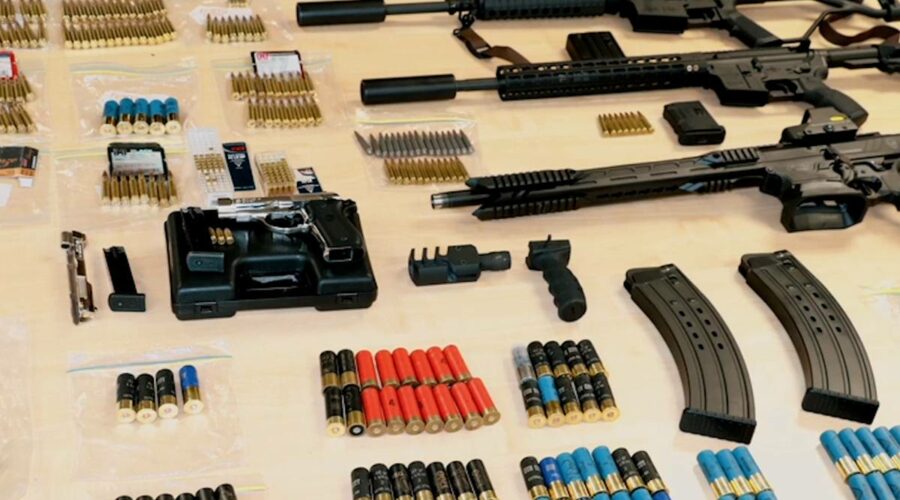 Nearly 900 firearms were seized by police in the Bay of Plenty over a three-year period — 44 of which were prohibited by law.

The figures released under the Official Information Act showed local firearm-related deaths (four) and injuries (16) were the third and second highest respectively in the country.

Recorded in the Gun Safe programme, which was introduced to record police encounters with firearms, between March 1, 2019, and November 30, 2021, there were also more events in the district than in any other region in the country..

Local MPs say the figures are “a real worry” and “extremely concerning but not surprising” and that the Government “is too soft on crime”.

A reformed drug kingpin, who used to carry a gun himself, said he believed “the stakes were higher” for criminals and many weren’t afraid to use their weapons.

Police Minister Poto Williams says the Government has introduced legislation to give police “more powers to tackle gun crime” and put more officers on the beat “than ever before”.

Police registered a total of 1156 events and 1016 firearms in the Bay of Plenty on Gun Safe over the time period, of which the lion’s share (883) were seized.

Prohibited firearms are all semi-automatic firearms, including semi-auto shotguns, excluding:

• Rimfire rifles .22 calibre or less as long as they have a magazine (whether detachable or not) that holds 10 rounds or less;
• Semi-automatic shotguns that have a non-detachable, tubular magazine that holds five rounds or less.

There are also a number of prohibited firearms parts and magazines.

Billy Macfarlane, who once led a major meth operation in the Bay of Plenty, said he was not sure what the answer to reducing gun crime was but that gangs and drugs were directly connected.

He thought pathways to redemption needed to be established rather than just lengthy prison time.

“You’ve got criminals getting to the stage thinking ‘I’m going to get 18 years, I’m going to go out with a bang’,” Macfarlane said.

“Even though people have handed [guns] in and taken them off the street, the worst guns and the worst people are still in each other’s company.

“Our communities should be getting safer with all of the work that’s being put in by everyone but it’s getting noticeably worse … I’m surprised more people haven’t been getting shot.”

Tauranga MP Simon Bridges hoped police had the resources and laws backing them to be able to keep law-abiding Bay of Plenty safe.

“These figures are a real worry. In some ways, given the number of firearms and related incidents, it’s surprising that more locals haven’t been injured or killed.”

Bay of Plenty MP Todd Muller said other than the cost of living, crime was the other big issue that worried locals and their families the most.

“To see Bay of Plenty with the worst level of recorded firearms events in the country is extremely distressing for our community.

In his view: “Residents want to feel safe living in an area free [of] gang violence and gang-related crime. The opposite is happening because this Government is too soft on crime and seems more interested in empathising with the perpetrators than caring for our community.”

“[The figures are] extremely concerning but not surprising,” he said.

He said Bay of Plenty people knew first-hand the harm caused by gangs.

The Gun Safe programme was introduced to record police encounters with firearms and launched on March 1, 2019.

Throughout the entire country, there were 7904 events, 10,073 firearms logged, 153 injuries and 30 deaths. The Auckland figures covered the period between December 2018 to November 2021.

Williams said Operation Tauwhiro, a nationwide operation to disrupt and prevent firearm-related violence by gangs and organised crime groups, was responsible for the seizure of 179 firearms, the arrest of 146 people, and 94 searches with warrants and 85 without since February 2021 in the Bay of Plenty.

“Police intelligence shows us that the arrival of 501s in 2015 has fundamentally changed the way gangs in New Zealand operate,” she said.

“This government has responded by putting more police officers on the beat than ever before.

“We have put 1400 extra police on the front line since we came into office, which includes an additional 119 police officers in the Bay of Plenty. And we are on track to grow the Police workforce by 1800 by June next year.

“We have also funded 700 more organised crime staff, deployed tactical response units and that’s why we have introduced legislation to give Police more powers to tackle gun crime.”

Williams said this investment enabled Operation Tauwhiro to be extended.

Earlier this week, the NZ Herald revealed the number of illegal guns attributed to a nationwide crackdown on gangs over the past 12 months included firearms discovered during routine police callouts and other investigations into organised crime.

Operation Tauwhiro was launched in February last year by Police Commissioner Andrew Coster, as a targeted response to a recent escalation in gun violence between rival gangs and high-profile shootings in public.

Police confiscated 1531 firearms over the next 12 months and in March announced that Operation Tauwhiro would be extended to run until the end of June.