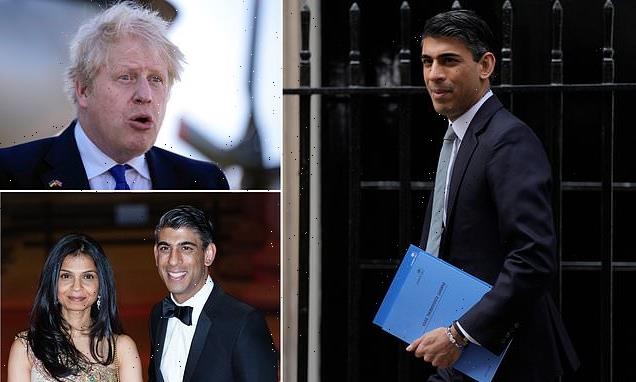 Boris Johnson today declared that Rishi Sunak can remain as Chancellor ‘for as long as he wants’ following claims the Treasury boss had agonised over his future after being handed a Partygate fine.

Mr Sunak was this week slapped with a £50 Fixed Penalty Notice (FPN) for breaking Covid rules after a 56th birthday bash was held in Number 10 for the Prime Minister in June 2020.

Both Mr Johnson and his wife, Carrie Johnson, were also fined over the event and the PM’s team fear further FPNs could yet be issued by the Metropolitan Police as they continue their Partygate investigation.

Mr Sunak was said to have been left angry that he had been fined for attending the June 19th gathering, which was held in the Cabinet Room.

He was claimed to have been there only because he was due to go to another meeting with Mr Johnson and was said to resent having been ‘dragged into’ the scandal.

It was reported this week that the Chancellor – who has also recently seen a controversy over his family’s finances and tax affairs – had agonised for hours over whether to resign after being handed the fine by Scotland Yard.

He chose to remain in office and issued a short statement offering an ‘unreserved apology’.

But some Tory MPs have called for both Mr Sunak and Mr Johnson to quit after being found to have broken Coronavirus restrictions. 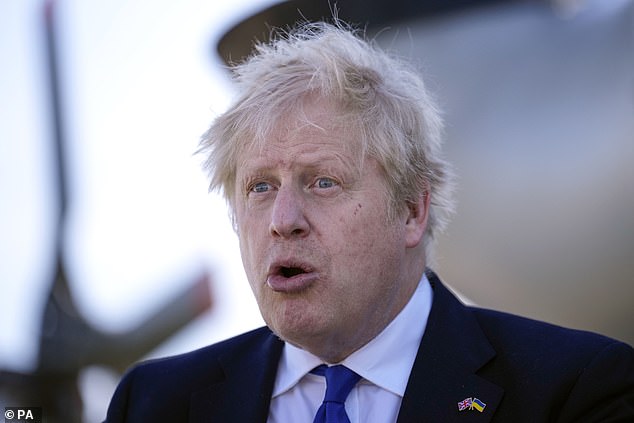 There has also been speculation that Mr Sunak could lose his role in a Cabinet reshuffle by Mr Johnson, amid claims the pair’s relationship had become increasingly tense.

But the PM today gave his backing to Mr Sunak to remain in charge of the nation’s finances.

Asked at a press conference if Mr Sunak was in danger of being moved as Chancellor, or whether he had the job for as long as he wants it, Mr Johnson said: ‘Yes.’

The PM and his Chancellor are believed to have clashed repeatedly in recent months over spending commitments, the National Insurance rise, and the government’s help for Britons in the cost-of-living crisis. 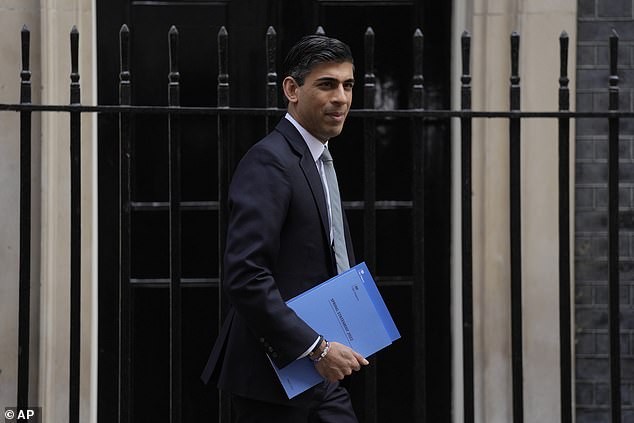 The Chancellor was said to have agonised for hours over whether to resign after being handed the fine by Scotland Yard. Allies said he was angry about being dragged into the Partygate row 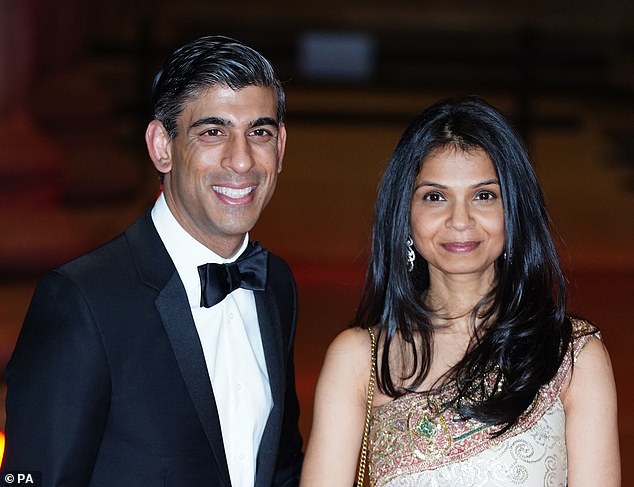 Earlier this year, Mr Sunak distanced himself from Mr Johnson over the Partygate row in comments that are said not to have been forgotten by the PM’s aides.

Mr Johnson subsequently denied that any briefings against Mr Sunak had come from within Number 10.

The controversy over Mr Sunak’s family finances deepened when the Chancellor later confirmed he held a US Green Card for more than 18 months while leading the Treasury – an admission that saw Labour and senior Tories round on him.

Mr Sunak and his wife have a £5.5million penthouse in California, overlooking Santa Monica pier, which they use in the holidays.

Just weeks after the Green Card row, the Chancellor is due to travel to Washington DC later this month for International Monetary Fund meetings.