A clever golden retriever has shot to fame after being captured looking after his owner who had fallen asleep while playing on her phone.

Tianlang, a five-year-old male dog from eastern China, is seen moving the handset away from his exhausted master in the trending footage.

The pet then dragged a blanket over the woman, got up on his hind legs to turn off the light and put his chin on the bed to accompany her. 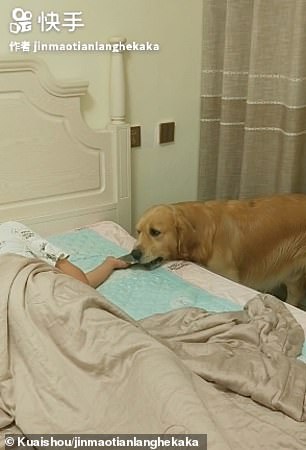 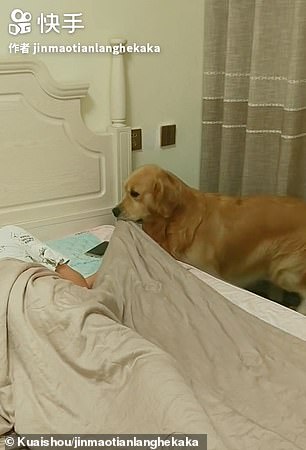 The 30-second video was filmed on August 13 in eastern China’s Huludao city.

The clip has raked in more than two million likes and 65,000 comments after it was shared on Chinese social media.

The dog’s owner said she bought Tianlang as a puppy in 2014. The dog’s name means ‘sky wolf’ in Chinese.

The woman, who wished to remain anonymous, described Tianlang as gentle, outgoing, caring and human-like.

She told MailOnline that she and her partner started to train Tianlang when the pet was just two months old.

‘Tianlang is very obedient. He is quiet at home, but active when he goes out,’ she said. 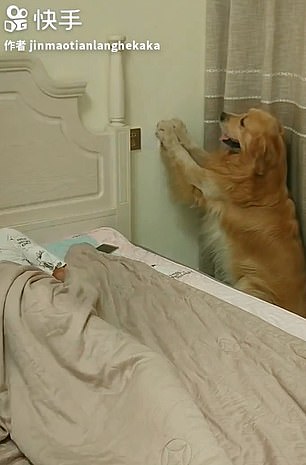 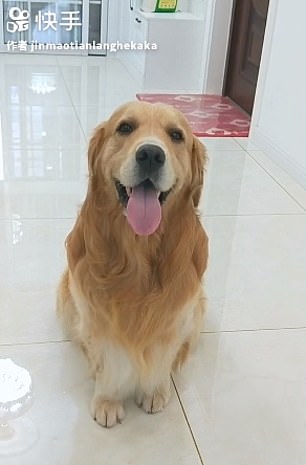 Tianlang is able to do stunts including twirling, counting and calculating, according to his owner. ‘Tianlang is very obedient. He is quiet at home, but active when he goes out,’ she said

The owner added that Tianlang was able to do various stunts, such as twirling, counting and calculating.

‘He also carries my shopping and practise kung fu with me,’ she claimed.

‘He learns things really quickly and likes helping me out. I treat him as a five-year-old child.’

She has more than 1.7 million followers on the two outlets combined.

She concluded: ‘I love him. He loves me. We have a strong bond. He knows what to do as soon as I give him a look.’ 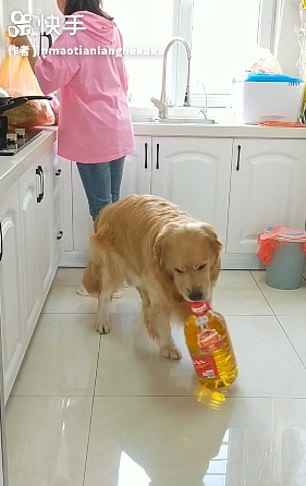 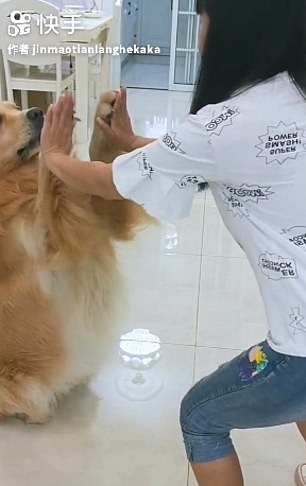