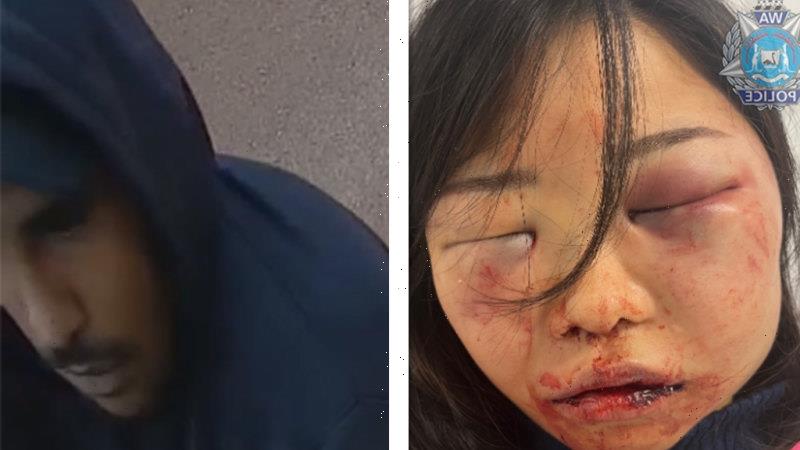 A Perth woman has been left traumatised after a group of random men broke into her home and bashed her on Tuesday morning.

WA Police Detective First Class Constable Alastair McDonald said the violent home invasion occurred on Halcyon Way in Atwell at 9am while the victim, aged in her 30s, was home alone. 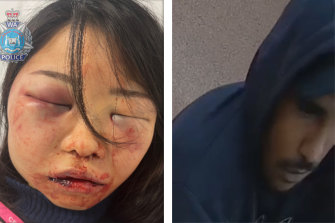 The victim (left) and the man Fremantle detectives would like to speak with. Credit:WA Police

“An incident of this magnitude, breaking in and assaulting someone is incredibly severe, incredibly serious. It appears to be a random attack on somebody, and that is one of the scariest things someone can experience,” he said.

McDonald said the men gained entry to the house through a locked door to commit a burglary.

“There are some items [that have been stolen] but we’re not prepared to release that at this time,” he said.

The victim was taken to hospital with serious facial injuries.

WA Police said she had since been discharged and was recovering well.

Detectives have released a CCTV image of a man who they believe can assist with inquiries.

The person is described as approximately 180 centimetres tall with a medium build, dark hair and a moustache.

“We are working day and night to locate this person or anyone else involved and that’s why were’s appealing to the public to help us locate these people,” McDonald said.

Detectives are urging anyone with any information relating to this incident or who have CCTV or dash cam vision of the area between 8.30am and 9.30am, to contact Crime Stoppers on 1800 333 000 or report online at www.crimestopperswa.com.au.