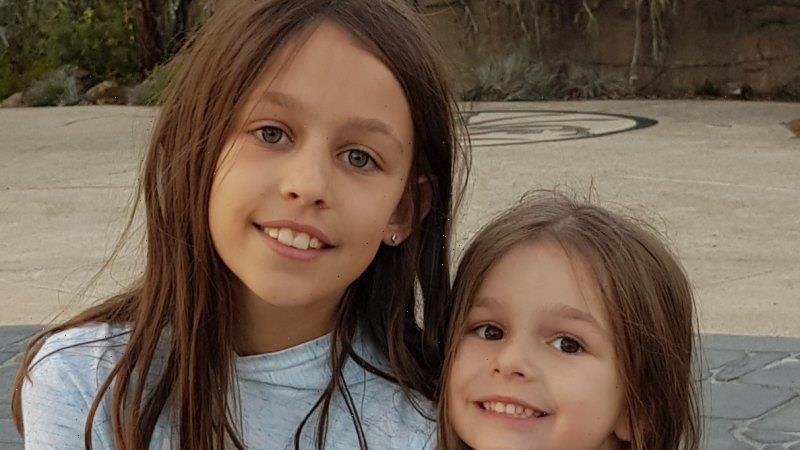 A Perth mother who killed her two daughters in a failed murder-suicide plan has been found not guilty of their murders due to being of unsound mind.

Milka Djurasovic, 40, stood trial in the Supreme Court of WA earlier this month accused of murdering her children Mia, 10, and Tiana, 6, inside their Madeley home in October 2019 while her husband was at work. 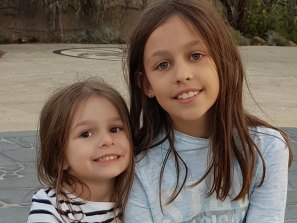 Tiana and Mia were killed by their mother in Perth.

While Ms Djurasovic confessed to the killings, she was diagnosed with major depression with psychotic features in the weeks after the tragedy and had pleaded not guilty due to unsoundness of mind.

Justice Stephen Hall agreed with three psychiatrists who took the stand during the trial to testify Ms Djurasovic, formerly a medical scientist, did not have the capacity to know what she was doing was wrong and in her mind killed her children in a “crime of passion” so they wouldn’t have to live without her.

“Every murder case, by definition, involves a tragic loss of life, however, this case is a profoundly sad one,” he said.

“The victims are two young children, sisters aged 6 and 10. They were bright, vibrant girls who were very much loved by their family.

“There is no rational reason why anyone would want to hurt them, least of all their mother, who, by all accounts, cared for them deeply.

“But in 2019, their mother, the accused, stopped being rational. She developed a significant mental illness.”

Justice Hall ordered Ms Djurasovic be indefinitely detained in custody until her release is ordered by the Mental Health Review Board and the governor.

“The legal outcome does not diminish the enormity of the tragedy or the profound consequences for the family of the victims,” he said.

“The father of the girls and the extended family must live with their grief and loss.”

Outside court, family friend Phillip Cooper said the verdict was a failing of the court and appealed to the Attorney General to reexamine the case.

“What the family, what Nenad’s [the children’s father] had to go through has been absolutely distressing,” he said.

“We’ve got two young kids, beautiful kids, angels that should have never been taken away like they have … we need to protect our children at all costs.

“My heart goes out to the family … seriously there is a travesty of justice today.”

Mr Djurasovic declined to comment outside court other than to say the verdict was the outcome he expected.

During the first day of Ms Djurasovich’s Supreme Court trial, the court heard how her mental health had deteriorated in the months leading up to the tragedy, with the mother-of-two being granted extended sick leave from work as her husband, Nenad, took over most household duties.

State prosecutor Justin Whalley said on the day the two girls died, Ms Djurasovic drove them to school in the morning but turned the car around and returned home, deciding she couldn’t continue living, and didn’t want to leave the girls without their mother.

“As she thought increasingly about suicide, she thought she couldn’t leave her children behind, she started thinking about how they could all go together,” he said.

“She looked at the tags on her children’s school bags and they looked like morgue tags, and she thought it meant her and the children had to go.”

When the trio arrived home from the failed school drop-off, Ms Djurasovic turned on the vacuum to drown out any noise before killing Tiana and then Mia.

Mia’s body was later found in the pantry and Tiana’s had been placed in her bed.

“The accused spent some time pacing the house, she kissed and hugged the girls and got some toys and placed them next to each girl,” Mr Whalley said.

In a video recorded on her mobile phone shortly after the deaths, Ms Djurasovic asked her husband to leave her to die, as she planned to take her own life.

“I’m sorry everyone, I’m sorry, I did not know. They were ok, they did not suffer too much, that is Tiana, Mia fought a bit more, if I am not finished as you are watching this, Nenad, please let me die, I’m sorry everybody, it’s all my fault, I’m sorry,” she said in Serbian.

Ms Djurasovic then tried unsuccessfully to kill herself in the family home before driving to Whitfords Beach to again attempt suicide.

When her husband arrived home, he saw a note out the front telling him not to go inside. He rushed in and discovered Mia’s body.

Neighbour’s called police after hearing guttural screams coming from the house, and later the girls’ grandparents were seen lying on the lawn outside the family home distraught and crying.

Ms Djurasovic was found at the beach and taken to Royal Perth Hospital for treatment and was later charged with the murders.

“I love my girls more than anyone and anything and I am so sorry for not looking after them better,” said one.

“I did not like talking about my problems, I wish I had, I am sorry for everything” and “I can’t have them grow up without me” said another.

Nenad Djurasovic and around 10 other members of the couple’s family attended her three-day judge-alone trial.

The court heard Nenad had encouraged his wife to get help after noticing she was withdrawing from everyday life in early 2019. He then spent the weeks and months prior to the tragedy reassuring her she would be ok and encouraging her to take anti-depressant and anxiety medication prescribed to her by a psychiatrist.

In the days before the killings Ms Djurasovic spent most of her days in bed, stopped showering and was sleeping in her shoes.

Four days before the deaths, Nenad found a typed letter that said ‘no one knew of my plan, I’m sorry for everything but I don’t see a different way out’.

Ms Djurasovic claimed she had written the letter months ago, and her husband thought her condition was improving.

“It’s an awful state of affairs … she is very emotional, very stressed but hopefully she will be able to put this all into perspective,” he said.