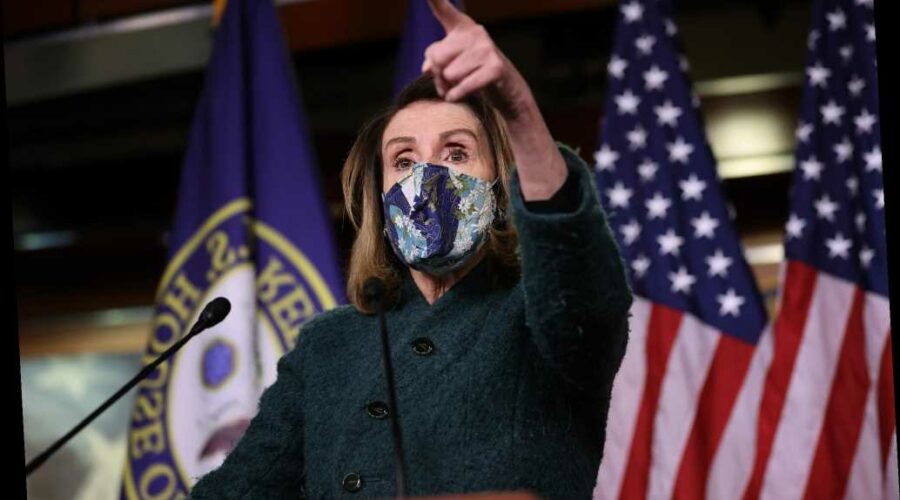 WASHINGTON — House Speaker Nancy Pelosi on Thursday said lawmakers who want to bring guns into Congress for their own protection were a danger to their colleagues, declaring “the enemy is within the House of Representatives.”

Amid an ongoing review into security at the US Capitol in the wake of the Jan. 6 siege, Pelosi (D-Calif.) said Democratic lawmakers lived in fear of GOP pols who carried firearms to work, and QAnon follower Rep. Marjorie Taylor Greene, who this week was exposed as liking social media posts calling for violence against top Democrats.

“I do believe, and I have said this all along, that we will probably need a supplemental for more security for members when the enemy is within the House of Representatives, a threat that members are concerned about in addition to what is happening outside,” Pelosi told reporters Thursday.

When asked what she meant by her suggestion that “the enemy is within,” Pelosi doubled down without mentioning Greene or any other lawmaker by name.

The House is embroiled in an ongoing debate over whether lawmakers should be allowed to carry firearms in the historic building.

Freshman GOP Congresswoman Lauren Boebert from Colorado scored a win last month when she fought House leadership to preserve a 1967 rule that allows lawmakers to be armed for self-defense.

In the wake of the riot at the Capitol, GOP Rep. Thomas Massie said he and several other lawmakers were relieved they were armed when the mob overpowered police.

“The next member who argues Congressmen shouldn’t be allowed to carry firearms at work needs to be laughed out of the Capitol. Several of us were glad to be armed while barricaded for hours in our offices with our staff,” the Kentucky Republican wrote.

GOP Rep. Madison Cawthorn, a paraplegic from North Carolina, also revealed he was armed during the siege.

Members of Congress are allowed to store firearms in their offices and transport them in Washington, DC, as long as they are not loaded. They are not allowed to carry them into the chamber.

Pelosi’s remarks were a warning to both firearm-toting Republicans and Greene, who came under fire from her own party’s leadership this week when it was revealed she had liked Facebook posts calling for Hillary Clinton and Barack Obama to be hanged.

In a Facebook Live video, Taylor Greene charged that Pelosi was “guilty of treason” and that treason is “a crime punishable by death.”