PARENTS of brain-damaged baby Midrar Ali have been left in agony today after the Court of Appeal ruled medics can turn off his life support.

The Four-month-old's parents have been embroiled in a legal battle with doctors at a Manchester hospital to keep their son alive. 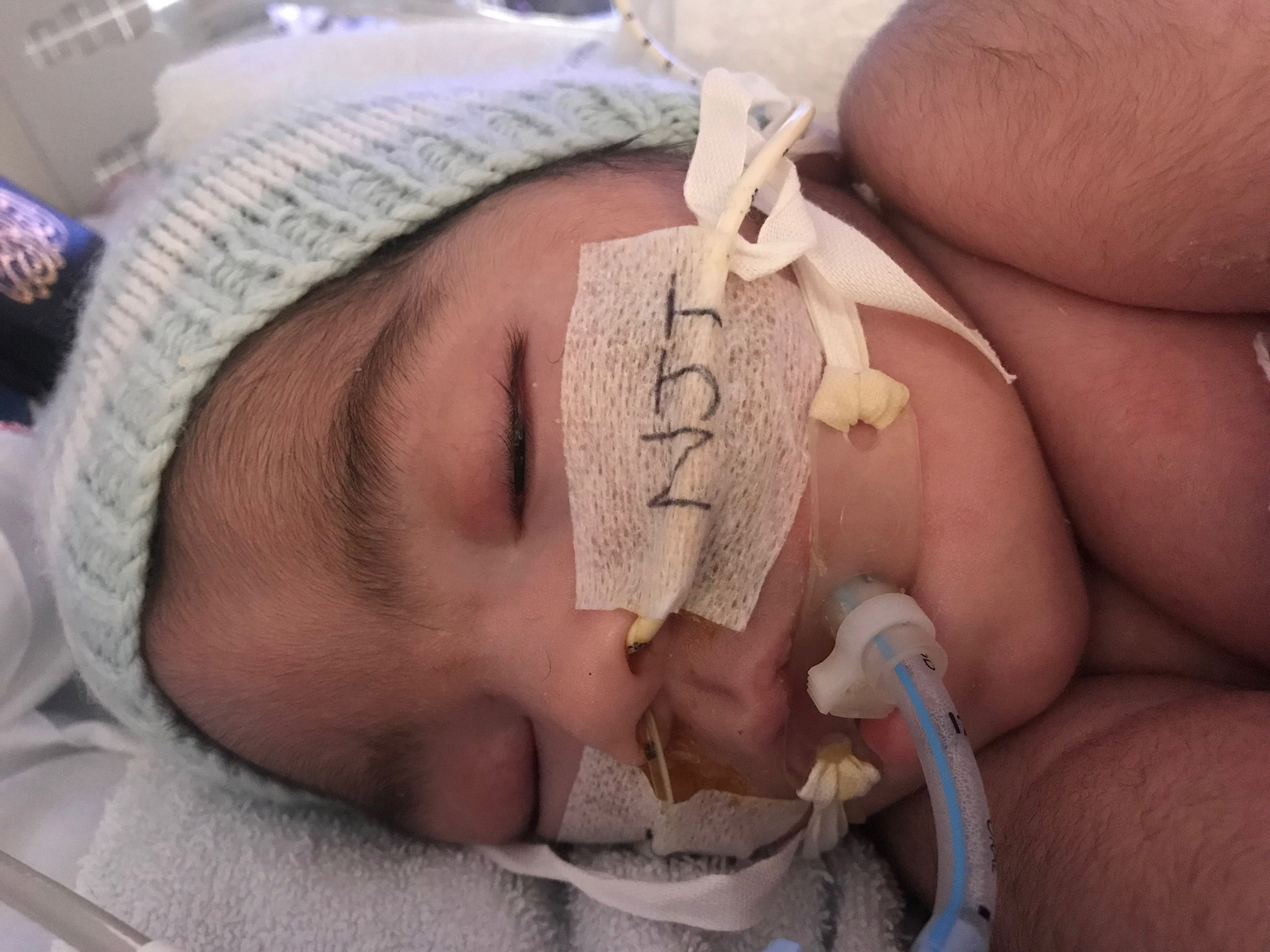 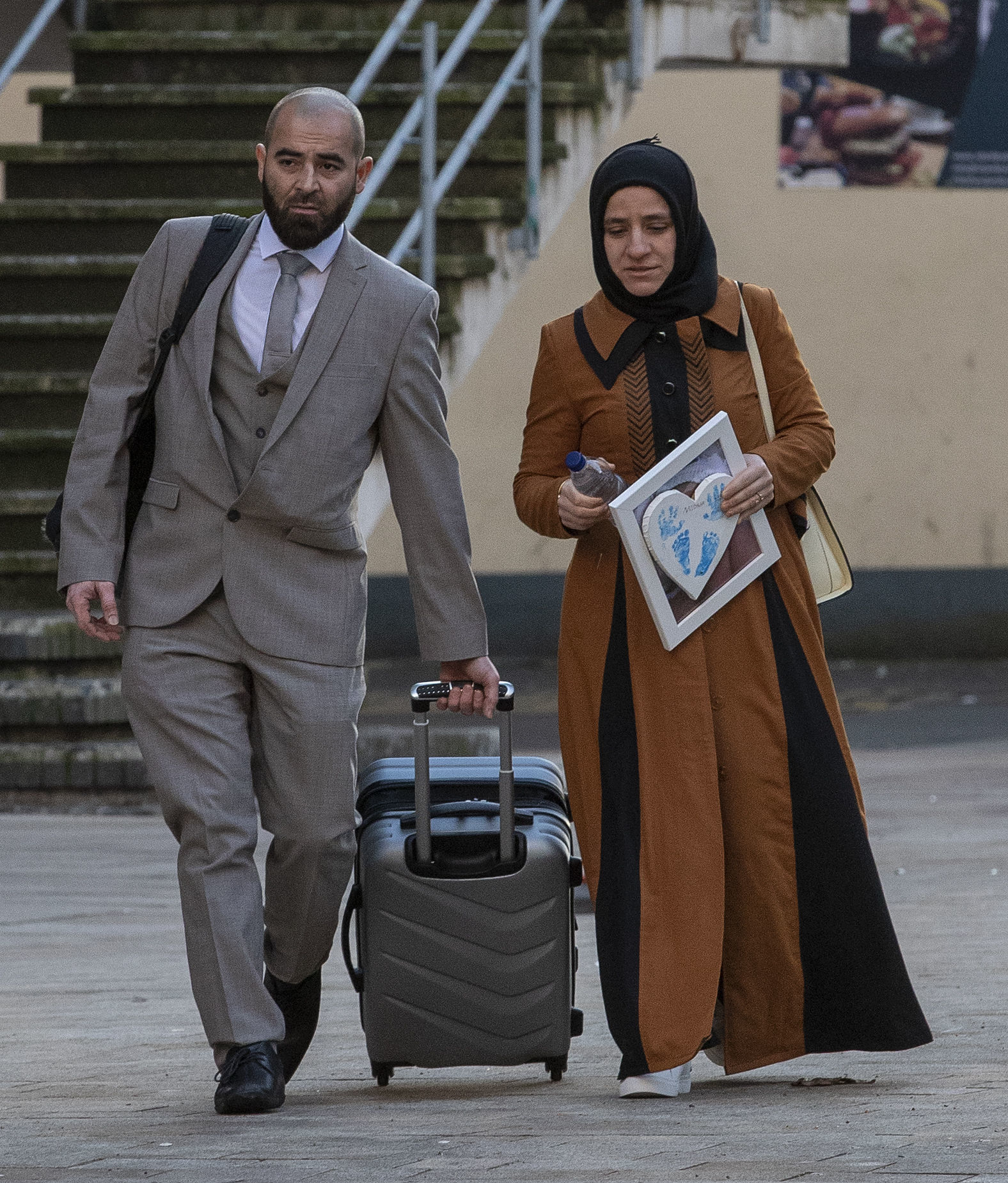 Today, after a ruling at the High Court last month which backed the doctors, three Court of Appeal judges also sided with the medics.

Medics treating Midrar at St Mary's Hospital said three tests, including one conducted independently, confirmed brain stem death in the tot – who was starved of oxygen due to complications at his birth.

Doctors argued this means Midrar is brain dead but his parents, Karwan Ali, 35, a biomedical scientist, and Shokhan Namiq, 28, from Manchester, disagree.

They believe his brain was continuing to function and want the treatment to continue.

Handing down her judgement last month Mrs Justice Lieven said the evidence that Midrar was brain dead was "clear and consistent".

She added: "It is perfectly understandable that the parents should cling to hope by pointing to Midrar's movements, including chest movements.

"However, all four consultants who gave evidence said there was an obvious and well-known reason for these movements, namely spinal cord reflexes." 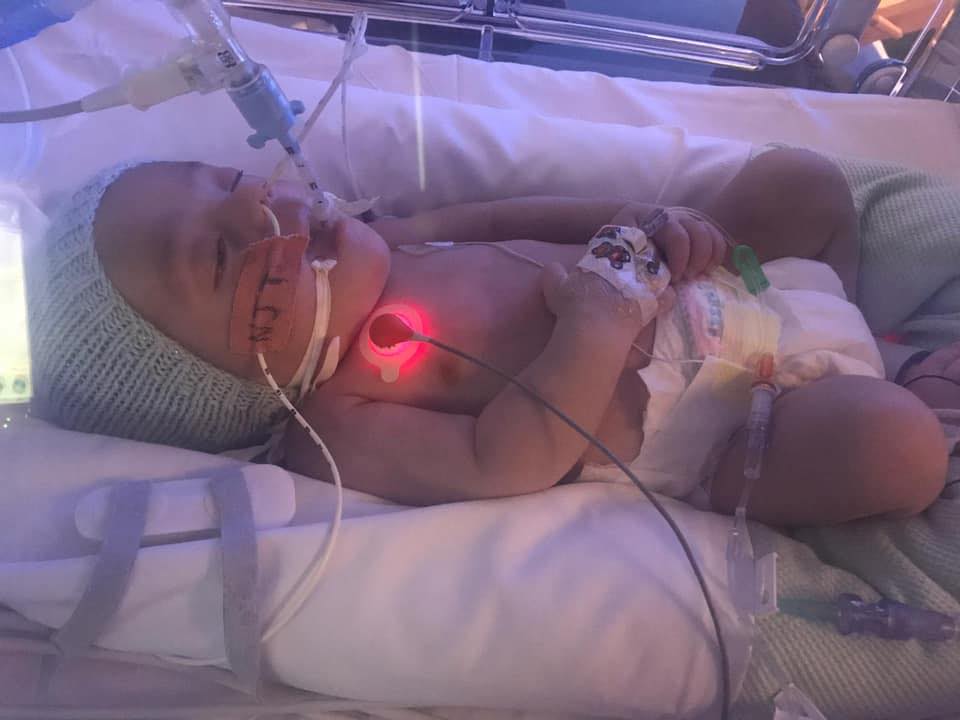 The judge said that on the evidence it appeared his heart and organs continued to function in large part "because of the expert care he has received from staff in the most difficult of conditions".

Noting Mr Ali's examination of medical records and detailed observations of monitoring equipment, Mrs Justice Lieven said: "He and the mother's love and commitment to Midrar cannot be in any doubt.

"However, his desire to cling on to any hope does appear to have led him to interpret material in the way he wanted rather than at times listening to the evidence."

She said the facts of the case were "tragic" and added that "one can only have the greatest sympathy for what the parents are going through".

Little Midrar suffered serious brain damage when his umbilical cord came out ahead of his birth and he was starved of oxygen.

The hospital trust said to continue treating him is "undignified" and applied to the Family Division of the High Court to ask a judge to rule on the matter.

Last month Mr Ali told the court his son still showing signs of life and should remain on a ventilator.

He said: "We were saying from the beginning we had a feeling that Midrar is not dead. In fact if Midrar is dead then where is the death certificate?

"I kept showing them signs of life. As a biologist I have never known a dead body, a dead person, who could live beyond four months. Circulation and heart regulation and breathing – these three are controlled by the brain stem.

"If I was not a scientist, Midrar would have been dead or, I am sorry to say, killed in the first few days of his life, but I kept researching what was going on and I knew what they were doing was not correct."

Mr Ali told the hearing in Manchester that he and his wife had felt pressured throughout from the hospital to end their son's life support.

Arguing he had a "right to defend" his son, he said: "I am holding a rope of hope that burns in my hand every time I see Midrar, but why do the hospital and consultants keep taking the hope from us?"

The court heard the parents, from Manchester, have instructed solicitors to pursue a separate medical negligence case against the hospital trust.

Midrar's eyes opened after he was circumcised at the hospital last week, the court has heard, but medics say that was an involuntary nerve reaction because his brain was no longer capable of sending signals to the body.

In January, a senior consultant at the hospital said there were a number of cases where people had an ongoing heartbeat several weeks and months after fitting the criteria of brain stem death.

The medic accepted that Midrar's body was continuing to grow but pointed out that his head was getting smaller. 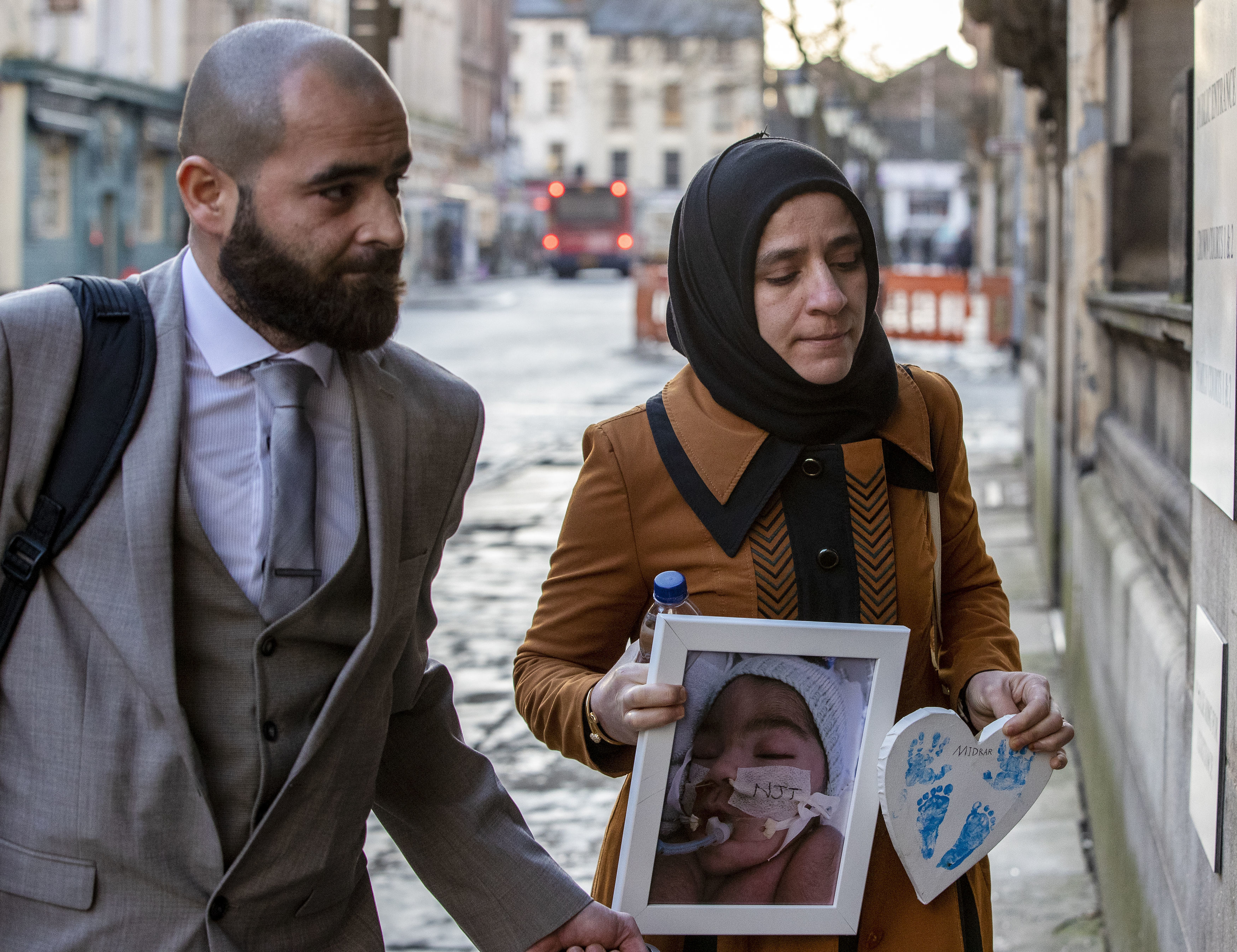 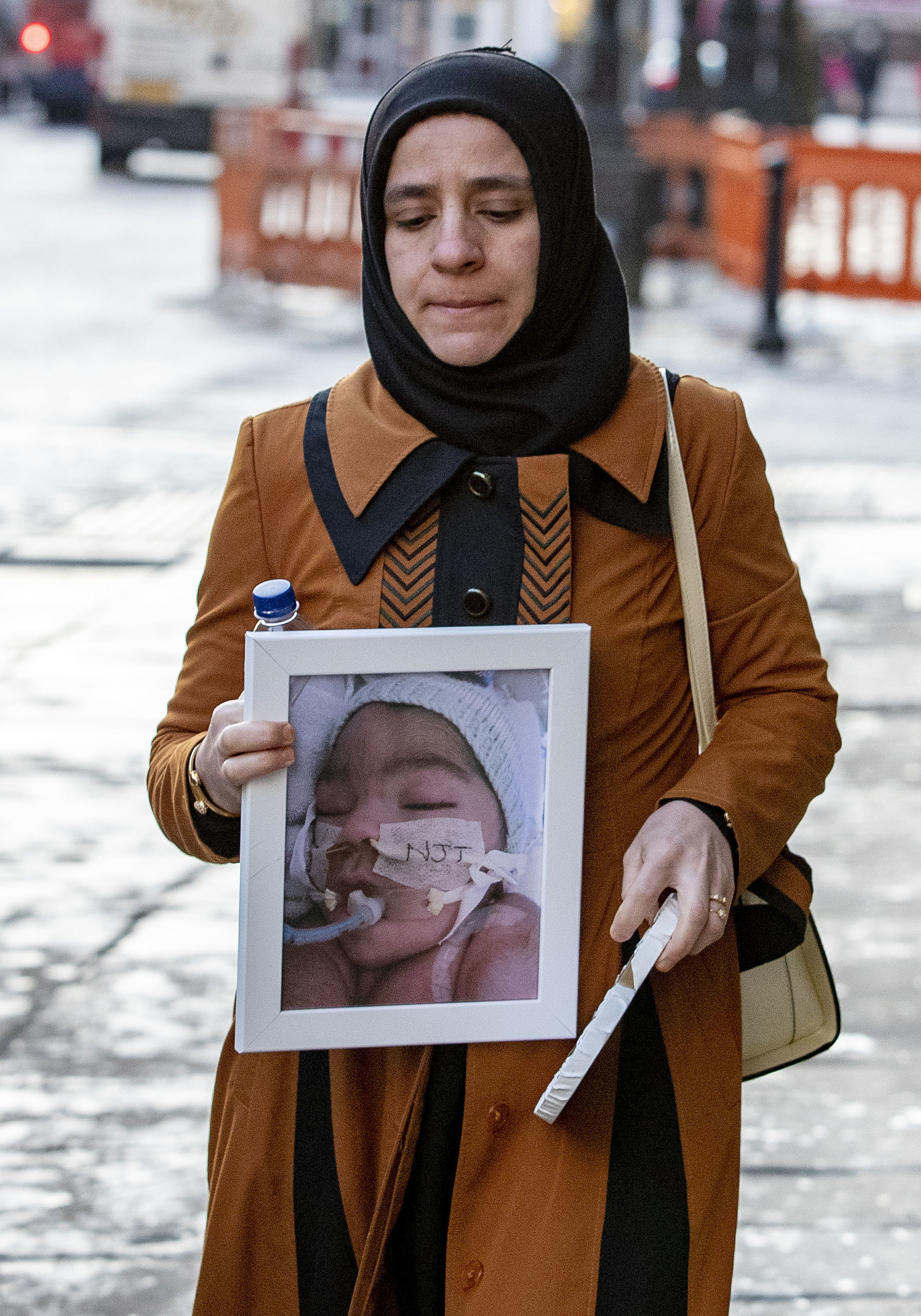