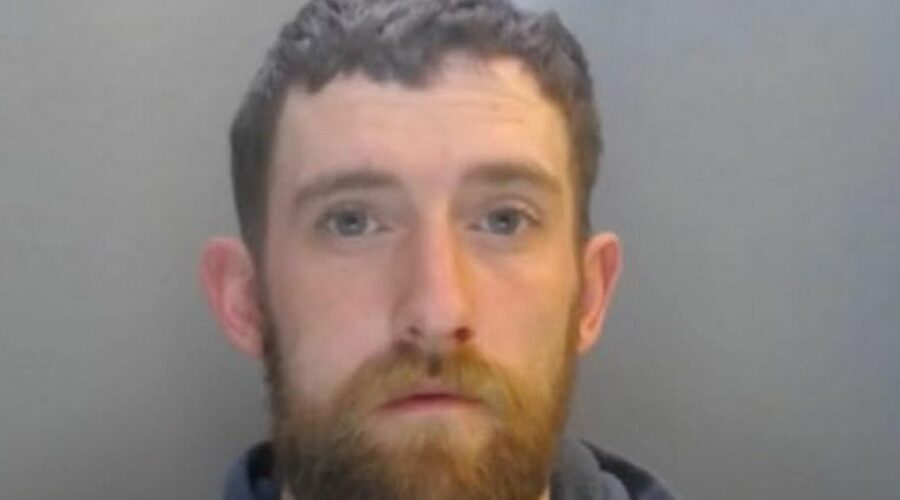 A sickening predator supplied children with cannabis and infected a 10-year-old with a sexually transmitted disease during one of his assaults.

Dale Edwards, of Wheatley Hill, County Durham, forced children to consume cannabis-laced food and drink on a regular basis before going on to infect one of them.

The 29-year-old paedophile threatened children so they would not tell anyone about what he was doing – but was later caught when a parent became aware.

Edwards, denied sexually assaulting the child but eventually pleaded guilty to the charge two days into his trial at Durham Crown Court.

He appeared back at the court on April 1, via a link from HMP Durham, to be sentenced for sexual assault of a child under the age of 13 and three counts of child cruelty.

Paul Cleasby, prosecuting, said the offences were committed during the first covid lockdown in 2020.

He told the court that the offences involving cannabis came to light when a child "disclosed" to a parent that Edwards had made them "eat and drink" the drug in a park and warned them not to tell anyone.

The police then became involved and the children were spoken to by officers, who explained what had happened.

But days later, one of the children, a 10-year-old, told their parents that Edwards had also sexually assaulted them. Specialist police officers then interviewed the child.

Mr Cleasby told the court that tests on the child also revealed they had been infected with chlamydia and Edwards was arrested.

Chris Baker, defending, said: "Since 2011, other than two relatively minor matters, he has avoided acting in a criminal way. This will be his first substantial custodial sentence.

"He does have some issues with mental health and he believes he has bi-polar issues. He is, to some extent, vulnerable and self-harms. His arms are heavily marked as a result of this."

Mr Baker added: "He wishes to ensure that nothing like this happens again and apologises to the complainants."

Sentencing Edwards, Recorder Thomas Moran, said: "You engaged in extraordinary behaviour by making children consume cannabis, either by smoking, eating it, or blowing it in their face. It happened over a period of a few weeks."

Speaking of the child Edwards sexually assaulted, the recorder added: "The child was medically examined and it was found they had the sexually transmitted disease chlamydia, which added to the distress."

Edwards was jailed for 10 years and six months, with an extended licence period of 12 months. He will be on the sex offender's register for life and was made the subject of an indefinite sexual harm prevention order.