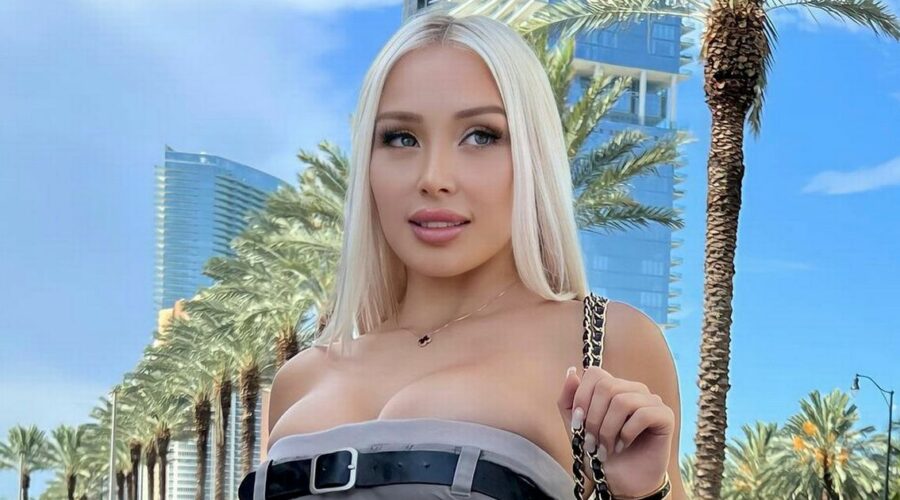 A Playboy model has published a video of her kissing a woman after a fan had threatened to publish the "sick" video.

Daniella Chavez, 36, decided to take the video into her own hands and published the video to Twitter, which showed her kissing her friend.

The OnlyFans model posted the video to her social media after a subscriber of her OnlyFans content ripped the video and threatened to make it public.

Instead of buckling to the demands of the "ugly guy", Daniella took to Twitter and shared the video, which racked up more than 6,000 likes and hundreds of retweets.

Posting the video to her Twitter, Daniella wrote: "I better upload it! 20 minutes ago I received a threat that they would upload this video!

"He was removed from my Onlyfans. He told me so they can see how sick you are kissing other women! I better upload it, besides, my friend is beautiful and the ugly guy would like to kiss her like me, is it a crime?"

The defiant 36-year-old added that the video was "only kisses between barbies!"

Daniella took the time to reply to several users, and in one reply called the former OnlyFans subscriber a "stupid clown hacker" for attempting to leak the paid content.

The Playboy star received plenty of support from Twitter users, with one user writing: "Damn, and where is the bad in that video? The sick person is the guy who threatens you if he thinks it's bad".

During her Twitter thread, Daniella explained that the video was taken from her OnlyFans and she was allegedly being intimidated by the person who ripped the video.

In threatening to make the content public, Daniella took matters into her own fans and shared the video with her 1.7million Twitter followers.

The Chilean model had previously implored police in her country to investigate and said that "it is a crime to upload private content stolen from a woman," and attaching a number of screenshots.

Daniella had previously hit out at a handful of people on Twitter saying that her work "is as respectable as yours".

She added: "There is no difference, work is work".