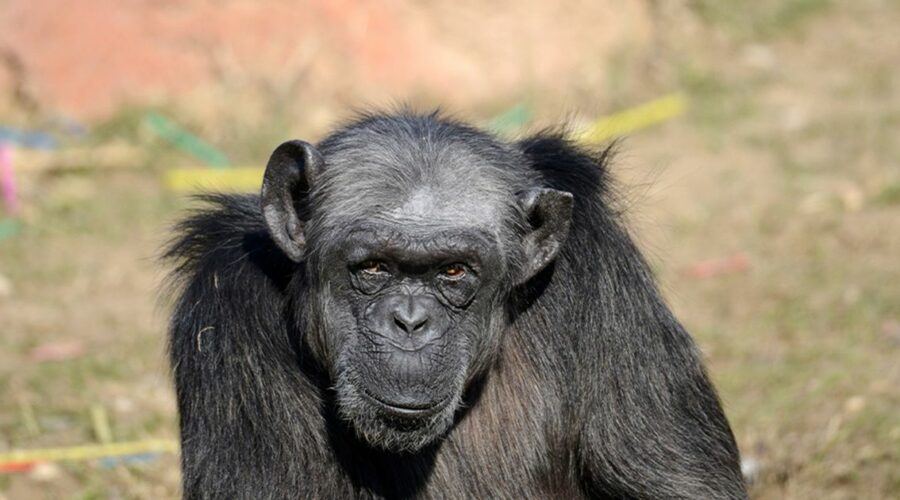 The oldest chimpanzee in Europe has died aged 49 years old, it has been announced.

Judy the chimp was born in 1972 and died at the park in Bussolengo in the Veneto region in northern Italy last Wednesday.

She is survived by her daughter Valentina and her niece Judith.

The park members described her as a member of the troop that always gave support to other female members.

They added that she was socially very aware, often keeping her distance when dangerous situations came up.

The park took to social media to share the story of Judy’s final day.

They described how she woke up to have breakfast before taking a short nap in the shade.

She was woken by the alpha male member of the troop called Davidino, and she greeted him for a short walk.

Judy then lay down underneath a tree, and passed away quietly in her sleep.

The troop soon realised something was amiss and park officials realised several chimpanzees were busy trying to wake Judy up.

A park-keeper said a chimpanzee named Tommy approached Judy and tried to wake her up by hugging her. Other chimps got involved thinking that Tommy meant to attack Judy, but he refused to let fo and dragged her back into her cage.

The troop then got hold of Judy and dragged her body to the feet of a member of park staff, Marco.

Marco tried to get the troop to return to their cages but Tommy again refused to leave Judy's side.

It was then that Marco realised Judy wasn’t breathing and called a vet to the scene.

The vet confirmed the chimp had died.

Caterina Spiezio, head of the research and conservation sector of Parco Natura Viva, noted that Judy's age had gradually worsened her eyesight.

She added: "She had a way of looking at us after recognising our voices, she would squint a little to get a better view.”

Judy belonged to the Common Chimpanzee group, which feature on the International Union for Conservation of Nature (IUCN) Red List of Threatened Species.

Chimpanzees in the wild rarely live longer than 50 years, while captive chimps can live more than 60 years, according to conservationist and chimp expert Jane Goodall'swebsite.