When veteran New York police Detective Robert Garland saw his supervisor's daughter born with a rare neurological condition known as Alexander disease three years ago, he knew he had to step up and help. It was through this experience, that Garland founded "Fund the First," which was created to provide financial and emotional support to all first responders and military members in need.

“I’m an NYPD detective. I’ve been on the job for 12 years," he told Fox News during a phone interview. "With the crowdfunding space, everyone knows about GoFundMe, Kickstarter — There are almost 200 platforms out there that do donation-based contributions. So we recognized this and wanted to develop something that’s more of a trusted and secure platform for first responders and our military. “

“[The origin] goes back to my immediate supervisor," he continued. "I’d been working in narcotics. My daughter had been born two days apart from my supervisor’s daughter. Unfortunately, his daughter was born with a rare illness called Alexander disease. It affects the central nervous system and the digestive tract."

Garland said his supervisor's family was being hit on two fronts — emotionally and financially.

"They were in a huge medical and financial crisis three years ago," he explained. "I said to him, 'Jason let’s get on GoFundMe and raise you some money and see what we can do.’ But he said he didn’t want to – that it was a fraud and he didn’t want to take a chance. So I told him I would look into it.

“I dove into it and sure enough – especially on the first responder scene – there’s no vetting or verification process whatsoever," Garland continued.  "Anyone can go on these platforms and just say they’re looking to raise money for XYZ – all of the sudden money is flowing in. They don’t vet the funding. They don’t verify the beneficiaries. They don’t do any of that kind of stuff. So I told my supervisor, I’m going to create something just for you. I’m going to put a team together so you and your family can get the help you guys deserve." 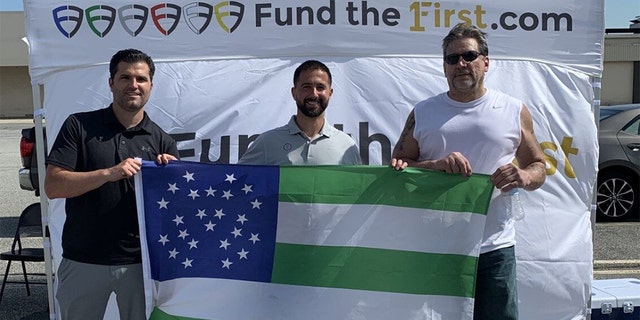 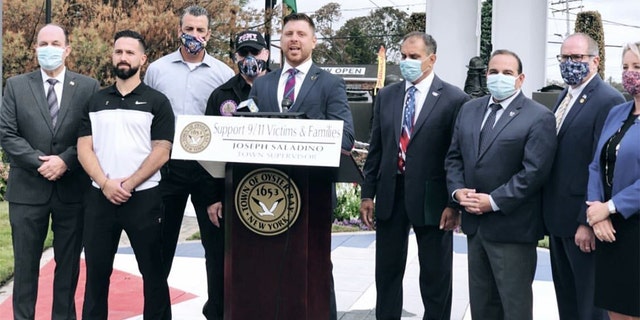 Fund the First was incorporated in New York state last July and officially launched this past summer.

"No one knew about us until two months ago," said Garland.

When asked if the recent riots, protests, and COVID-19 had anything to do with him launching the group, he said the timing of it was purely coincidental. He also said the organization strives to maintain political independence so that it may better serve first responders and their families, who hail from various backgrounds and beliefs all across the spectrum.

“We’ve been asked that before, but no, we didn’t do it as a response to the defund the police movement," Garland explained. "We try, with Fund the First, to stay apolitical because people who are going to donate are from all spectrums and we don’t want to give that up. We wanted to make sure trust, verification and security are paramount. We hired developers, raised capital and it got moving the way we wanted it to."

The former narcotics cop said the platform works with ID.me to verify user identities – along with their financial situation — in an effort to limit fraud and ensure transparency among donors and beneficiaries.

"Since launching, we’ve had 43 campaigns and we’ve raised just under $200,000," Garland claimed. "For it to take off like that, that fast is incredible. But the space as a whole – we could be doing $200,000 in a day. If we can spread the word and help people understand who we are and why we are here… people don’t care as much about the money. It’s about a support system." 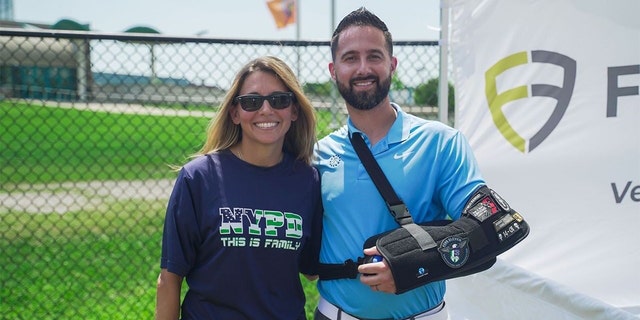 "I delivered a check today to Damaris Yu. The wife of David Yu, NYPD sergeant who passed away from 9/11 complications," he continued. "They did a campaign with us when David passed away and we ended up raising $9,500 for them. Incredible. But when I met with her, she broke down in tears. It wasn’t tears for the check, or me showing up. It was tears of joy because she was overwhelmed with that support system. It hit home to her whole family to see the hundreds of people who donated to her campaign.”

Garland is now handling missing person cases while on the job and said it feels good to give back in any way he can.

“It’s an incredible feeling to help find someone," he added. "Most of the time it is a runaway. But still, to be able to locate them and find them, it’s great. I love giving back.”